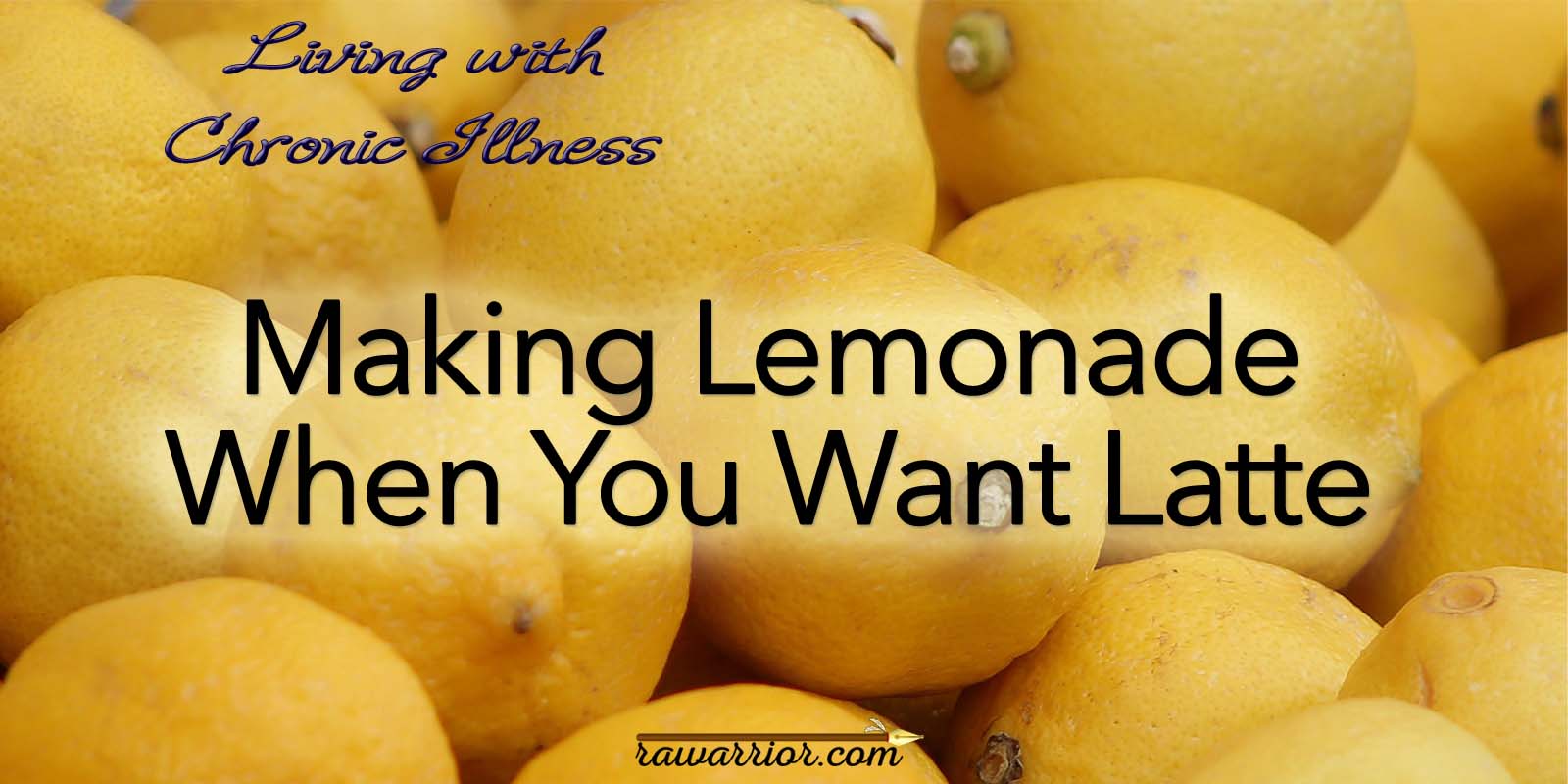 Does making lemonade make it all better? 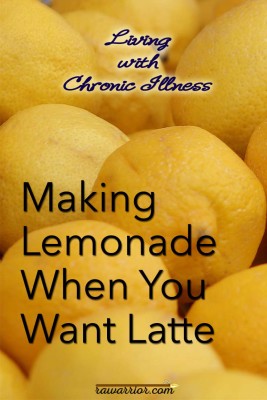 When I first started my blog on Google’s Blogger website, the profile page required people to describe themselves with whatever question that popped up. The question I got was “What is your super power?” I answered “Making lemonade.”

It seemed like rheumatoid disease (RD) was like every other trouble that had come into my life. It was lemons, so I’d make lemonade. Make the best of anything painful by adding the sweetness of a joyful heart.

Through many painful circumstances, I’ve always reached down deep for something to sweeten them. Oftentimes to my detriment, I’ve held on too long trying to make more lemonade even when lemons piled up on every side, rotting. I always thought that my capacity to make lemonade was a measure of my success in life.

I was raised to “Be a Marine,” stay strong and look invincible. It was the same way with RD: if we are really strong, we can’t complain that it hurts like childbirth every day of our lives. We add the sweetness of encouraging others and then hide how hard it is. That makes it all lemonade and cupcakes, right?

I always thought that my capacity to make lemonade was a measure of my success in life. Click To TweetRecently, Dr. Personable said to me, “It’s not good to live in this much pain. For so long.” I thought about it. It’s true; too many lemons can seem like overwhelming bitterness. I cried later that day because the doctor also gave me bad news and it all came home at once – what if never wanted lemonade? I’ve been drowning in lemonade. What if I had wanted a latte all along?

I had a good cry that afternoon and then got back to making lemonade. But I’m still pondering about the latte. It’s that same old tension between acceptance and fighting to get our lives back. Making lemonade is part of acceptance. The latte represents fighting for something else we really want.

One huge lemon for us is the legal case that has continued in large part because I cannot afford to pay the attorney. I owe about $5700 at this point, and nothing goes forward until it is paid.

If you would like to help, my uncle’s GoFundMe page is set up specifically for that. I’d rather not mention this to readers, and I only have a couple of times. But several people have asked about the case, and you’ve sent many touching messages saying you that you care.

Maybe sometimes we get so busy making lemonade and trying to be strong, we don’t see how terrible a situation has gotten. I think that’s why the doctor’s comments shook me. I’m not sure what else can be done about my RD, but I’m more on the latte side right now than I’ve been before.

If I had watched this Carrie Underwood Blown Away music video below years ago, it might have shaken me in the same way. Seeing these glimpses of our world depicted on the screen might have forced me to stop accommodating the unacceptable. It was not time for lemonade.

Making lemonade is still an admirable pursuit. It is my super power after all. But lemonade shouldn’t be the only thing on the menu. What do you want that RD is hindering? What is your latte?

We might not be able to have everything that we want. I haven’t had a “pain free day” in over eleven years, for example. But there are still good things I can fight for – things that aren’t lemon-flavored. What are some of yours?

7 thoughts on “Making Lemonade When You Want Latte”