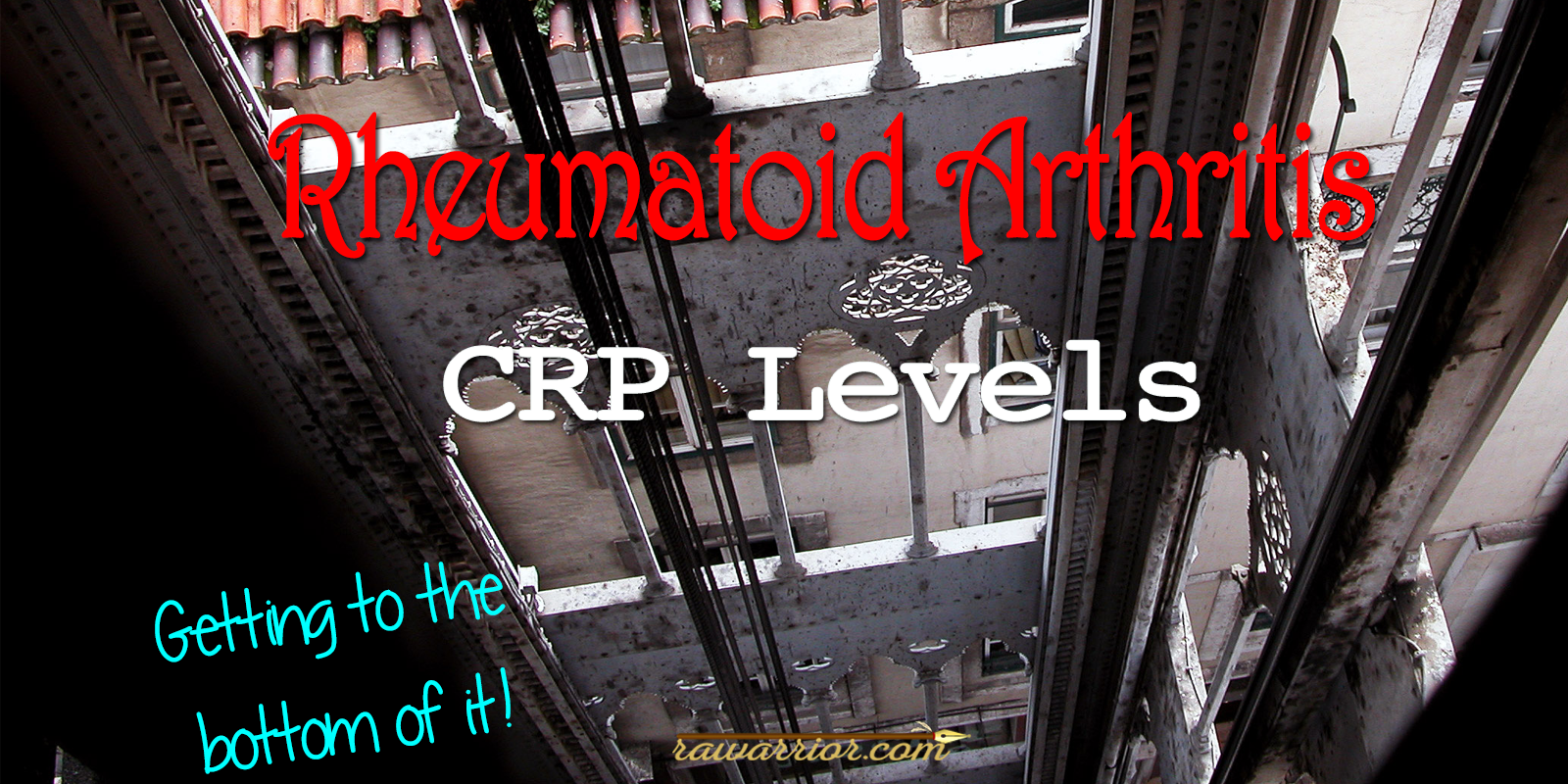 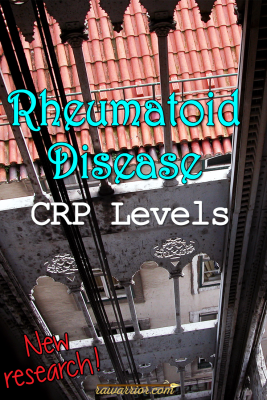 C-reactive protein, commonly called CRP, is a protein that can be produced by the liver in response to other immune activity, especially the increase of IL-6. CRP can rise quickly in response to many inflammatory conditions such as infections or injury, helping clear out dying cells or bacteria.

Blood tests for CRP measure the amount of this protein in the blood. An increased CRP level is an indication of inflammation somewhere in the body. (However, the converse has not been proven, that low CRP proves no inflammation or disease activity exists.) Also, remember that disease activity such as damage or pain is not necessarily linked to inflammation markers (CRP). (See numbers 9 and 12 in the list of Reasons that remaining pain theories are wrong.)

TAKE AWAY: A majority of PRD with normal CRP still suffered bone erosion, so physically examining joints is more important until better blood markers are found.

TAKE AWAY: CRP is only weakly related to disability.

Many practitioners rely on blood tests such as CRP instead of more labor-intensive physical joint examinations and health assessment questionnaires (HAQs). They may tell PRD they are doing well or have low disease activity, based on CRP levels. Investigations like this one expose the flaws in over-reliance on CRP.

An indicator should not be confused with the actual thing it is meant to measure. CRP is like a smoke alarm. If a smoke alarm goes off, then people should search for a cause, possibly a fire. However, it remains possible to have a fire without an alarm.

WHAT IMPORTANCE DO DOCTORS PLACE ON CRP?

HOW MANY PEOPLE HAVE DISABILITY & DAMAGE WITH NORMAL CRP?

Kavanaugh A, Haraoui B, Sunkureddi P, Wolfe B, Wang L, Suboticki JL, Keystone E. The relationship between elevations in CRP with physical function and radiographic progression over the long-term in patients with rheumatoid arthritis. American College of Rheumatology Annual Meeting November 11-16, 2016. Available from: http://acrabstracts.org/abstract/the-relationship-between-elevations-in-crp-with-physical-function-and-radiographic-progression-over-the-long-term-in-patients-with-rheumatoid-arthritis/

Do you have RA / RD? Are you interested in learning about a study for a new investigational medication? Click here to learn more.