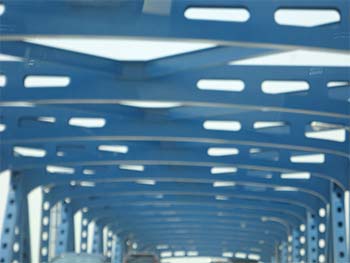 I always thought living off fresh smoothies and homemade soup along with regular exercise would keep me strong. And surely working hard and caring for others makes one too busy for chronic illness.

All I know is that I woke up one morning and my toes were pointing out in odd directions because the joints were so swollen.

I didn’t know what inflammation is. I had no idea what a sed rate or a CRP is. And I was not curious.

All I know is that the day before RA, I could run a couple of miles or carry a 50 lb. bag on my shoulder. But suddenly, I couldn’t pull up a sheet with my fingers or stand to have it draped over my toes.

I never heard of antibodies like Rheumatoid factor or anti-CCP. Who cares about those?

All I know is that I could squeeze a frosting tube for hours, decorating hundreds of cookies. And now it’s difficult to hold a mascara wand or blow-dry my hair.

All I know is that I was healthy. And now I’m sick.

I never heard of TNF alpha inhibitors or interleukins or JAKs. I was busy improving my furniture-refinishing, gardening, and quilting skills. I never ever thought I’d learn to draw up a needle. I wanted to learn more about photography, genealogy, and wine.

I was unprepared to watch a doctor to tell my husband, “Your wife is well. There is no illness that does that.” But, I continued to seek help and found a kind rheumatologist. I followed every instruction and took every medication. But, the disease didn’t care.

So I tried to learn more. I read and asked questions. I started this blog. Thousands of people sent me letters and messages with similar experiences and I learned I was not alone.

I had never talked about my health to strangers. Even friends didn’t know I have lived with thyroid disease since I was 15. Just focus on other people’s problems and find a way to help. Bring some soup.

I’ve learned a lot. Like we don’t know enough about Rheumatoid disease. And that talking about your health is okay and even important to making progress.

I still choose to believe God loves me and has a good plan for my life even if I can’t guess what that is. And that soup helps.

39 thoughts on “Mascara, Antibodies, and Soup: All I Know about a Disease”