When there are warnings of dangers related to medication, there is greater risk to chronic disease patients for two reasons: First, we may be more likely to use the drugs in question. And second, we are more vulnerable because we have a systemic illness. Several news reports over the past few weeks are especially relevant to Rheumatoid disease patients.

According to Reuters, the rare fungal meningitis was found in South Carolina today, meaning it has reached 18 states. The national meningitis outbreak has already affected over 300 Americans and caused at least two dozen deaths. Unfortunately the disease can be difficult to detect and may take weeks to manifest so the numbers may even increase.

The meningitis cases have been linked to fungus contamination of methylprednisolone acetate used in injections for severe back pain. The source of the methylprednisolone is the New England Compounding Center (NECC), which has been previously beset with safety issues, including some with this same medication. FDA has issued warnings and recalls as a result of contaminated medication from NECC. 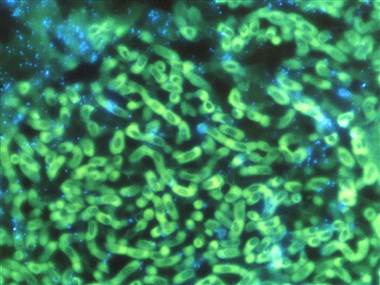 Compounding pharmacies like NECC are not subject to the same type of Food and Drug Administration (FDA) oversight as other drug manufacturers. These pharmacies create (compound) medications that are often considered by the public as safer “non-drug” alternative medicines. Local authorities have jurisdiction over compounding pharmacies, but highly regulated clinical trials and inspections of the FDA are not applicable.

Somehow the NECC has been acting in a kind of gray area, producing FDA approved medications and exporting them across the country. (See a very long list of NECC recalled drugs at the end of the second paragraph here.) A recent Washington Post editorial calls companies like NECC “the equivalent of small drug-manufacturing companies.”

The spine is usually affected in Rheumatoid disease and injections near the spine are a common treatment to relieve inflammatory symptoms. Since methylprednisolone is an FDA approved treatment, patients expect that the injections they receive will be from FDA sanctioned sources. However, for the time being, patients may need to confirm that before undergoing procedures.

Canada has updating warnings for methotrexate to include possible drug interactions with proton pump inhibitors (PPI) used to prevent excess stomach acid. Health Canada cites recent studies showing use of PPI’s such as Nexium may increase the level of methotrexate in the blood in patients who take “high-dose” methotrexate as a cancer treatment. The Health Canada press release does not include lower dose use for autoimmune diseases.

Some news reports mention uses for methotrexate, but do not make the distinction clear. This confusion is a common problem with methotrexate warnings. And this looks like an example of sensational headlines in the news that often contain information which is unconfirmed or irrelevant, especially for people with a particular diagnosis.

With news reports: Always read beyond the headlines. Look for a link to the “studies” mentioned! If they don’t provide one, then Google the key words.

According to the Brigham and Women’s Hospital (BWH) Bulletin, “popular pain-relieving medicines” have been linked to hearing loss in women. “While popping a pill may make the pain go away, research suggests it could also damage your hearing,” they write. According to a recent BWH study, women who took ibuprofen (Advil, Motrin, Nurofen) two or three days per week had a 13 percent increased risk of hearing loss. The risk increased to 21 percent in women who used ibuprofen four or five days per week, and 24 percent for those who take it six or seven days a week. The risks were similar for acetaminophen (paracetamol, or U.S. brand Tylenol). Study author Sharon G. Curhan suggests that the medications may each affect the cochlea in different ways.

Like many studies, this Brigham and Women’s abstract recognizes a correlation between two things: use of pain relievers and hearing loss risk. However, it does not prove a causal relationship between the two. This study was part of the Nurses Health Study, which tracks the health of female nurses long term so other factors related to the health of nurses who use pain medicines should be examined.

Such studies often bring attention to questions which warrant further investigation. Rheumatoid patients need to know what the risks are for commonly used medicines, especially in light of the combination of medicines most patients need to use. Clinical trials prior to FDA approval cannot sufficiently investigate long-term risks or drug interactions.

8 thoughts on “New England Compounding Center and Beyond: Medications Warnings and Dangers”