Yesterday, April 9, 2013, Quest Diagnostics announced a new blood test for Rheumatoid Arthritis based on a new protein biomarker, 14-3-3η. The test is available in the U.S. only at Quest labs through an exclusive agreement with Augurex Life Sciences, Corp. Several studies have investigated the relationship between blood levels of 14-3-3η and RA. According to Quest, 14-3-3η outperformed Rheumatoid factor (Rf) and anti-citrullinated protein antibodies (anti-CCP) in identifying early RA. Quest is also offering all three tests (Rf, anti-CCP, and 14-3-3η) in a combined RA panel which could significantly increase sensitivity.

Rheumatoid factor antibodies are commonly present with Rheumatoid disease, but may be present with other diseases or in up to 10 percent of the general population. About 30% of people diagnosed with RA are Rheumatoid factor negative or “seronegative.” Many who initially test negative with Rf eventually have a positive blood test. The anti-CCP test has been considered the most specific blood test for RA and a predictor of a more serious disease course. It is 90 to 95% specific and its sensitivity is about 80%; so about 20% of those with RA test negative.

While higher Rf and anti-CCP may associate with aggressive disease, they are not reliable methods to assess current Rheumatoid disease activity. The blood tests most commonly used to confirm disease activity are erythrocyte sedimentation rate (sed rate or ESR) or C-reactive protein (CRP). ESR is often high during acute illness, especially with cancer. It is a measure of how many red blood cells settle in a test tube in an hour. CRP is a protein produced by the liver during periods of acute inflammation. However, CRP is influenced by environmental and genetic factors. Many people experience acute inflammation or damaging Rheumatoid disease while continuing to have normal CRP or ESR. 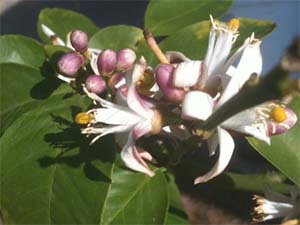 The application of a new blood marker for RA is significant. Early RA treatment seems to be more beneficial, but can only occur with early diagnosis, which has been elusive, in part due to absence of precise blood tests. However, as 14-3-3η is employed, we hope that it will provide better insight for early diagnosis and with regard to disease activity. Success in each of these areas will be established two ways: further study and use on a wide population of patients.

From the announcement: “Diagnosis and initiation of treatment of RA within 12 weeks of symptom onset can help prevent joint damage, improve long-term function, and increase the likelihood of achieving disease remission.” Read the entire Quest Diagnostics press release  – click here.