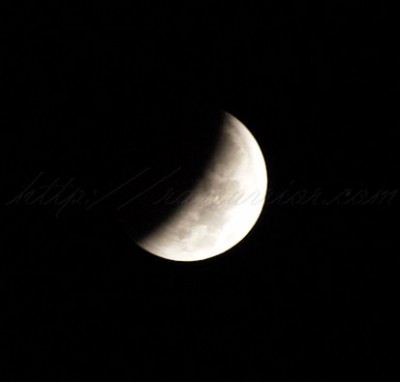 One of the most fascinating things at ACR last November was the multi-presentation session on the last day focusing on creating Rheumatoid Arthritis remission criteria. We literally sat on the edge of our seats and took notes about the assorted characterizations of RA remission that have been used concurrently over the last couple of decades, comparing them side by side. In the past week the final reports were published stating two definitions of Rheumatoid Arthritis remission to be initially applied to clinical trials.

The objective of the study: “Remission in Rheumatoid Arthritis (RA) is an increasingly attainable goal, but there is no widely used definition of remission that is stringent but achievable and could be applied uniformly as an outcome measure in clinical trials.” The committee decided that a Rheumatoid Arthritis patient in a clinical trial will be considered to be in remission if he meets either if these two criteria:

1. Tender joint count, swollen joint count (on 28 joint counts), C-reactive protein (in mg/dl), and patient global assessment scores (on a scale of zero to 10) are all less than or equal to one.

2. Simplified Disease Activity Index (which adds the scores from the four outcome measures above plus a physician global assessment to create one number between zero and about 100) score is less than or equal to 3.3.

From the press release of the American College of Rheumatology:

The ACR and the European League Against Rheumatism, together with the Outcome Measures in Rheumatology Initiative, jointly convened a committee to create a definition of RA remission that could be used by rheumatologists involved in clinical trials.

“As we have moved into a time of new treatment strategies for rheumatoid arthritis, remission has become an increasingly attainable goal,” says David T. Felson, MD; an investigator in the study. “However, there has been no widely-used definition of remission that is stringent, but achievable, and that could be applied uniformly as an outcome measure in clinical trials.  Understanding this disconnect between treatment advances and the current definition of remission—which was created in 1981 by the ACR—led our committee to focus on redefining remission so RA researchers could begin to test new definitions to see if they hold up in clinical trials.”

At the beginning of its research, the committee agreed that remission had to meet a definition of little, if any, disease activity. Looking at the ACR’s core set of disease activity measures in RA (including tender joint count, swollen joint count, patient’s assessment of pain, patient’s and physician’s global assessments of disease activity, patient’s assessment of physical function, and laboratory evaluation of C-reactive protein), each committee member was surveyed to determine what the highest cut-off point for each of these should be for a person to be considered in remission. The results of this survey led to a group of candidate definitions of remission, and each of these definitions were tested against each other and compared to the outcomes of existing RA trials.

“We identified a list of situations that might indicate someone is in remission. Then, we took each one of these candidate definitions of remission and examined how useful they would have been if used in existing RA trials,” says Maarten Boers, MD, PhD, MSc; an investigator in the study. “Essentially, we wanted to know if a candidate definition of remission would have added value to, and successfully predicted a good outcome in, RA clinical trials.”

For a good outcome, the committee not only focused on whether a candidate definition of remission would offer clinical proof that joint damage had been halted, but also focused on functional outcomes of remission – namely, whether a patient could accomplish daily activities optimally.

The name of this study says that this is a “Provisional Definition of Remission in Rheumatoid Arthritis for Clinical Trials,” signifying that the two definitions will continue to be tested over the next few years. Also, note that the definitions are designed for clinical trials and may not be expected to be applied strictly in clinical practice. There was some discussion of using active joint counts in combination with global assessments for the time being. “A ‘treat to target’ approach may yield better outcomes than a conventional approach to therapy for RA, and remission can serve as that target for some patients. However, remission according to the stringent definition presented here may not yet be a realistic goal for most patients.”

Reading the 1981 criteria for Rheumatoid Arthritis remission, I was struck by the following: “A major obstacle to developing criteria for remission in Rheumatoid Arthritis is the difficulty in ascertaining the absence of inflammation by methods that are reliable and also convenient. …There is some evidence that disease which appears to be inactive clinically may progress radiologically, leading to the conclusion that a state of remission must be confirmed retrospectively by absence of radiologic progression.” According to patients, the reverse is also true, especially when considering extra-articular disease. There have been studies showing that disease activity, symptoms reported by patient, and radiographic evidence do not always correlate. That was problematic then; we shall see whether a solution has been realized.

I encourage you to read the report on Rheumatoid Arthritis remission criteria for yourself from the March issue of Arthritis and Rheumatism.