Norovirus Not a Day at the Beach | Rheumatoid Arthritis Warrior
Living with RA / Managing RA
June 18, 2012May 14, 2018 Kelly O'Neill 21 Comments Living with chronic illness like RA 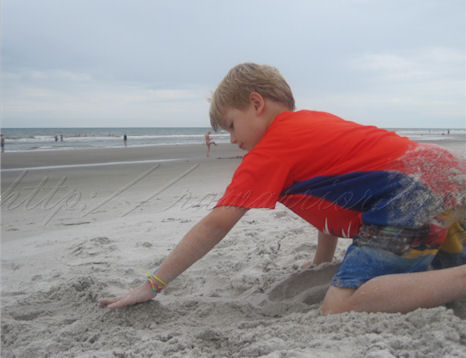 I would love to say that couldn’t visit the blog the past two weeks because I’ve been dozing off on the beach. Hopefully someday!

Two weeks ago, I was scheduled for another radiofrequency ablation (RFA) procedure on Wednesday and planned to write about it that Tuesday. Instead, Tuesday I was too sick to write. I felt so much better at midnight (after vomiting) that I thought it was over. Wednesday morning, they did the procedure, not concerned about the nausea. I mostly slept for the next couple of days.

For the next week, all of us were sick. When she was well enough, Katie Beth did some research and realized there was a norovirus outbreak in our area. She had done babysitting for a hospital nurse and gotten sick. You can read about the norovirus on the CDC website or the history of norovirus on Wikipedia so I won’t make you endure any more of our gross details.

The norovirus easily mutates, so immunity is what they call “incomplete.”

Translation: We got sick over again.

Take away: Wash your food and your hands.

Strike that. Wash everything in your house. That’s the only thing that eventually helped us.

I think it’s almost over. The third time Katie Beth had it, it was pretty mild and I think I’m only a couple days behind her.

There must be some kind of lesson in losing two weeks work when you’re already under pressure. Probably something about lying on the beach being more attainable that we think.

This week will be spent trying to catch up with your comments and preparing to speak at a conference next week that’s been on my calendar for a long time.

Thankfully, recovering from the RFA has not been as bad as last year turned out to be. My neck and shoulder blade are sore, but there should only be a few days of that left. I’m taking it very easy on myself. And I may have finally acquired the invaluable skill of napping.

I’ve missed hearing from you and I hope many of you are having a real vacation. Take the Lysol with you.

21 thoughts on “Norovirus Not a Day at the Beach”