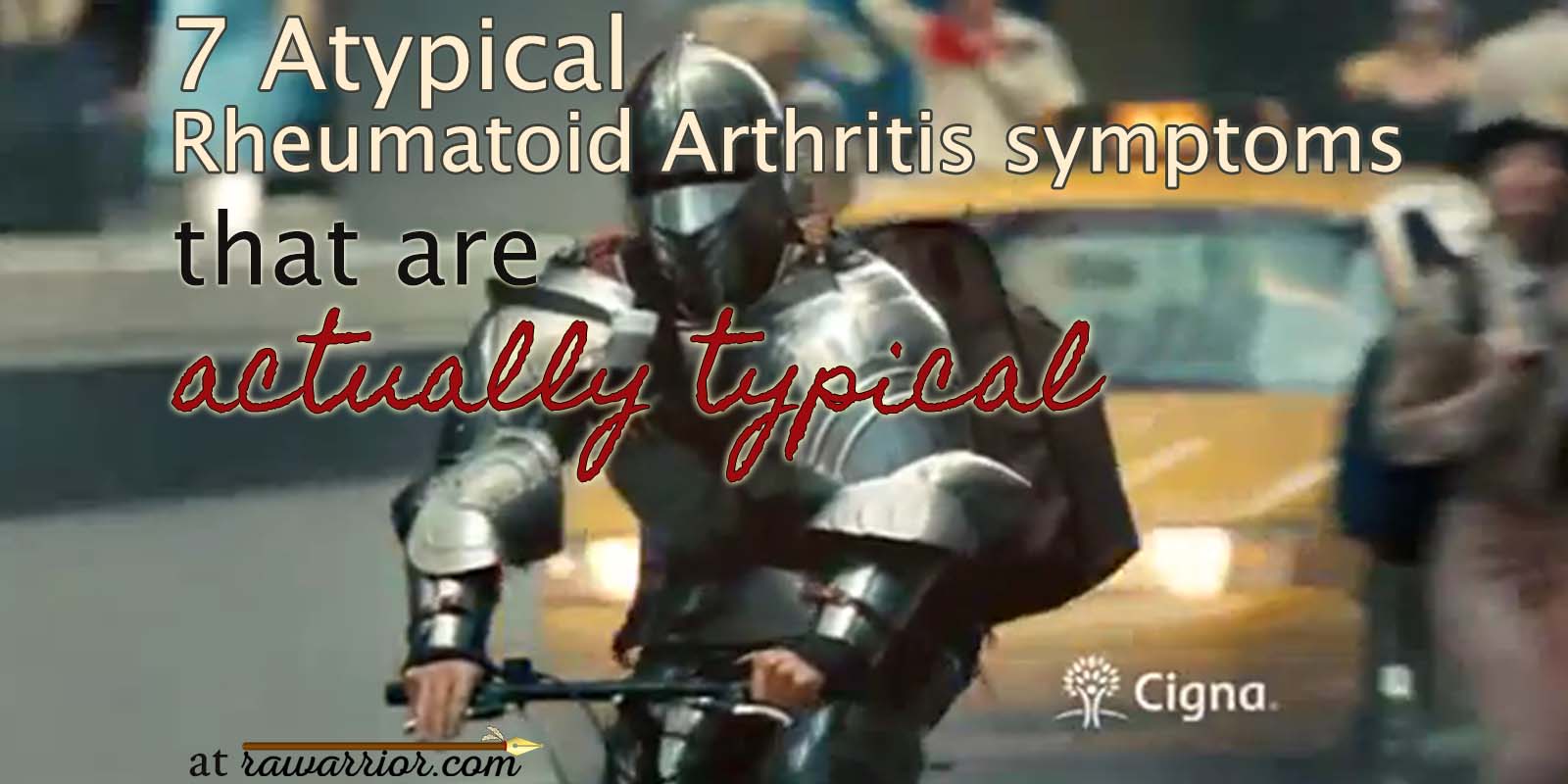 What can we say about atypical Rheumatoid Arthritis? (UPDATED) 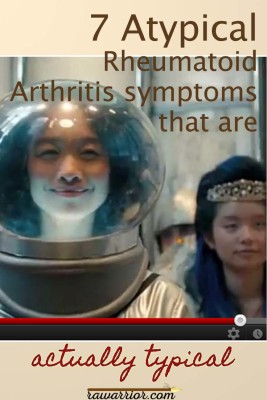 Here are 7 things that are often said to be unusual that are actually pretty common. If I missed one that surprised you, you can add it below as a comment. And I know it’s a commercial, but the Cigna ad made me smile. Would you be the astronaut or the royal princess, the knight or the matador?

People say, “My doctor says I have atypical Rheumatoid Arthritis because…”

1) My hands weren’t affected (at least for awhile).

2) I don’t often have obvious swelling.

4) I didn’t know anyone else with Rheumatoid Arthritis when I was diagnosed. I felt alone.

5) Rheumatoid Arthritis medicine doesn’t agree with me. I still have symptoms and I get side effects.

6) The RA has caused non-articular health problems (outside of the joints).

7) My lab tests are normal even though I have symptoms.

Is there an atypical rheumatoid arthritis? 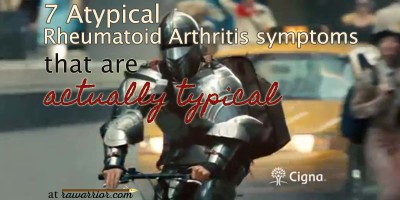 There seem to be 2 issues here. One is easy to solve. There are different experiences with rheumatoid disease, enough that make it hard to nail down exactly what’s typical.

Second, many people, even doctors, seem to have inaccurate ideas about what is typical. Maybe what’s in textbooks is not what’s typical.

Recommended reading on this topic