Part of me would like to back down. But this pain won’t let me. Is it ironic that I encounter the most cruel RA pain in years at the same time I encounter this argument again about RA pain, catastrophizing, and depression? 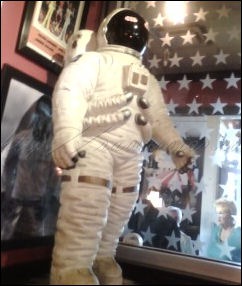 Ironically, an article called “Pain, catastrophizing, and depression in the rheumatic diseases” appeared online yesterday in Nature Reviews Rheumatology as my refutation of RA hypochondriasis was published. In my opinion, the article is based on mistaken presuppositions as they attempt to group “arthritis” (OA), Rheumatoid Arthritis disease, and fibromyalgia. OA is the natural process of aging or breaking down of joints due to use, fibromyalgia is theorized to be a malfunction of pain processing related to untreated OA or degenerative disk disease, and Rheumatoid Arthritis is an inflammatory autoimmune disease that attacks organs, joints, and eyes. They are quite dissimilar.

Can I tell you what my kids asked me? “Why didn’t they compare the pain of a broken leg to carpel tunnel syndrome?” I honestly think my kids make more sense. “To date, abundant evidence suggests that depression and catastrophizing about pain can serve as prospective markers of risk for negative painrelated endpoints including severe physical disability, disease progression, and nonimprovement following surgical and other interventions.”

I got a funny feeling when I saw the 120 footnotes. The first thing I noted was that the majority of those 120 footnotes are not about RA. If someone sneezed, would they add a reference to someone who’d sneezed before? Seriously, I thought there was something familiar about the way it was done. So many of the references were old. Could it be? Remember the infamous “sixty-six footnotes” on RA pain tolerance? The original article saying RA patients have a low pain tolerance has the same authors as the new one called “Pain, catastrophizing, and depression in the rheumatic diseases” (abstract).

How could this vicious cycle of mistaken perception occur?

Here is what may have happened. A disease with mostly invisible symptoms began to be documented but it mainly occurred in women of child-bearing years. The women tended to be better when pregnant. Doctors were puzzled and words like hysterical (“related to the uterus”) were applied.

Rheumatoid Arthritis carried that baggage into the twentieth century when articles were published about such things as a “rheumatoid personality.” Patients who suffered from RA’s cruel and unpredictable symptoms tended to remain extremely private about RA symptoms. RA also remained a mystery to science as one researcher said last year at ACR, “We still don’t know what RA is.”

Some doctors suspected invisible symptoms to be psychological. This concept was passed on through medical schools and textbooks. Patients claimed to have more pain than doctors thought they should have according to their appearance and what they had been taught. Doctors who saw patients claiming to hurt much more than they should wrote in their charts that the patients were exaggerating.

Naive inexperienced RA patients sometimes say things to their doctors like, “How am I going to take care of my baby?” or “This is the worst pain in the world.” Such statements are considered catastrophizing. “Catastrophizing” is written into charts and the perception is perpetuated.

What I am saying:

What I’m not saying:

The bottom line on RA pain and exaggeration

Frankly, I’d estimate about 1 in 20 RA patients may exaggerate their pain by dwelling on it. That’s my personal opinion and I have no idea how common that behavior is in the general population.  Most RA patients seem to do the opposite: even when the pain is excruciating, they insist upon being very private about it and bravely facing life.

The bottom line is that this is no different than the way that so many books and websites define RA as achy, swollen hands. It’s just not accurate. You can’t get a clear picture of how RA patients relate to pain by reading this post. But if you’ll go through the posts that are linked here and read how actual patients respond in comments here every day, you will.

The bottom line is that whether it’s a child whose doctor forces her to employ psychiatric treatment for RA pain or a middle aged man or woman suddenly disabled by RA, when there is a break in the disease or it is treated successfully, the patient instantly returns to life as normal. They are not perpetuating their pain.

As I wrote yesterday, I was in horrendous pain. I had gone to pick up the pizza in the same pajama top I wore all day since I couldn’t raise my arms to change. I continued to take the pain medicine through the night in order to rest and into the morning in order to get to a doctor appointment. By the time of the appointment, there was enough slow release pain medicine built up that I had been able to dress myself. However, in the office, side effects hit hard: trembling hands, dizziness, and nausea. I decided to let the medicine wear off. The result: I’m back to frozen shoulders with elbows stuck by my side.

In some ways, being a real patient gives me advantages: I tend to believe patients are telling the truth, taking their statements at face value. Experience and trust lead me to understand better what patients are saying. And disadvantages: Readers who have prejudged RA patients with labels such as hypochondriasis or catastrophizing will discount my opinions or refuse to read them. Guess which readers will be able to know whether I just over-stated or understated my shoulder pain?