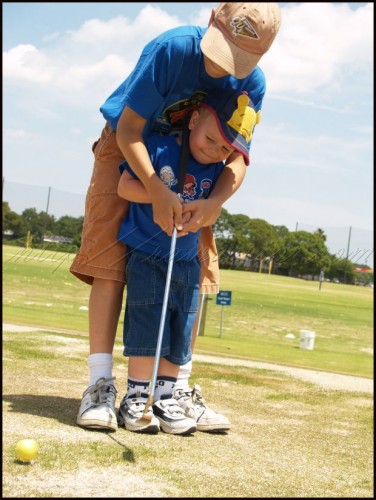 “Phil Mickelson arthritis” was such a common search already that it was suggested to me by Google’s search tool as I typed his name yesterday. That was only two days after Mickelson announced his diagnosis of Psoriatic Arthritis to the press. I have to admit that I shrugged the first time I heard Mickelson has “arthritis,” not even reading past a headline.

Since Phil is still playing and none of the golf fans in my house had mentioned it, I thought it must obviously be a case of a mild disease. When the ESPN story Phil Mickelson being treated for arthritis was discussed on my Facebook Fanpage yesterday, I gave it a closer look. At that point, I realized that Mickelson was dealing with something more serious.

So I asked my sports’ fans, “Did you hear about Phil Mickelson?” There was visible shrugging. “Oh yeah, he has arthritis.” I wanted to blast, “No! Tiger Woods has arthritis. Everyone has arthritis. Phil has PsA.  Psoriatic Arthritis is a disease. Like RA.”

But Mickelson doesn’t sound worried: “This (two shots of Enbrel) has put it in remission. It’s not that it’s cured, but it may never come back, or if it does I’ll start the treatment again and should be able to live a normal life without having any adverse effects.”

Psoriatic Arthritis is a disease. So, is Mickelson really sick?

“Every joint in my body started to hurt to where I couldn’t move,” he told a press conference, reported the New York Times… “He is not being dramatic; that can literally happen to someone experiencing a flare of psoriatic arthritis,” said Michael Paranzino, president of the nonprofit Psoriasis Cure Now.  “One day you are feeling fine, and days later it can be difficult to get out of bed or tie your shoes. Psoriatic arthritis is a serious disease.”

But Phil Mickelson may also be a bit too sanguine about his long-term prognosis with psoriatic arthritis.  He told the press conference, reported the Associated Press:  “I’ll probably take this drug for about a year, and feel 100 percent. I’ll stop it and see if it goes into remission and it may never come back. It may be gone forever… Or if it does come back, I’ll start the treatment again…. So I’m not very concerned about it.”

The Mickelson arthritis shrug: Doesn’t everyone just take Enbrel & go on with life?

The author from the psoriasis organization makes a big deal of two points:  1) that many cannot afford the miracle Biologics like Enbrel so they still suffer; and 2) and that it’s possible that a Biologic can quit working for a particular person, so curing psoriasis and Psoriatic Arthritis is still a priority. Nowhere does anyone, even the psoriasis advocate, mention that there could be those who do not respond to treatment. Does everyone with PsA respond to treatment that perfectly?

Rheumatoid Arthritis was also mentioned in the article. They didn’t seem to know that many with RA don’t respond to Biologics and stay at that point where Phil was “every joint in my body hurt to where I could barely move”? Does that not happen with PsA, too? Does everyone respond to Enbrel? I did personally know one other guy with PsA who took a couple of shots of Enbrel and went right back to life as usual and actually wondered what the big deal is about my RA. No wonder he shrugged at me.

Post blog: There’s some personal irony here. A big deal for me most days is my DIP joints (at the fingertip). They were the first ones to get really bad on my hands. They are very painful. Many say, “You can’t get Rheumatoid Arthritis in the DIP – only Psoriatic Arthritis strikes the DIP.” Seems like I should have earned some empathy from the PsA camp.