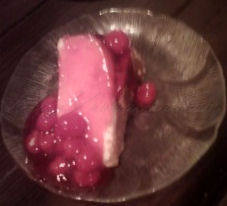 1) One new study I mentioned on Twitter last month found various isotypes of anti-CCP in blood samples of patients who eventually were diagnosed with Rheumatoid Arthritis. They found that anti-CCP antibodies are present in the blood from 1.1 to 5.9 years before joint symptoms are confirmed. “Anti-CCP2 antibodies of both the IgG and IgA isotypes pre-dated the onset of RA by several years and also, antibodies of both IgG and IgA isotypes predicted the development of RA, with the highest predictive value for IgG anti-CCP2 antibodies,” Arthritis Research and Therapy.

An older study I found on NIH (2006) had similar findings, with the anti-CCP preceding diagnosis for an average of 4.5 years. They concluded that predicting or preventing autoimmunity is a prospect “one cannot ignore.”

So what if Rheumatoid Arthritis can be predicted organically?

Someday we’ll be able to predict Rheumatoid Arthritis so that harsh symptoms and dangerous manifestations of RA can be prevented. But what does that mean to us now?