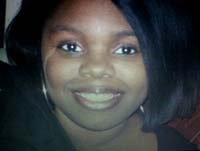 In the past year, three people I knew of passed away due to causes related to Rheumatoid disease. We’ve known for a long time that statistics on rheumatoid related deaths are under-reported because the disease is often not mentioned in death records. But statistics are not the point of this post. It is about one individual, Danita aka “Dee.”

Over the last month, since Danita’s death, some of her friends with RA have talked about ways to honor her memory. The following is a letter composed by two of her friends, Ericka and Heather. There are a lot of questions in the letter. My purpose in bringing this to you is the same as that of the friends writing it: express love and grief for a young woman and help prevent someone else from suffering her fate.

It was said that a blood clot in Dee’s foot may have led to her death. She had complained that it was painful. The following letter contains the experiences, feelings, and concerns of two friends about the loss of someone they cared for. It is not meant to point blame at any particular source. Yet, as patients, caregivers, advocates, and policy makers, we should consider what we could do to prevent such a circumstance from occurring again.

To know her was to love her. If you didn’t know Dee, you probably thought she was a bit, well… dare I say, negative?

We knew her well; we shared her pain. We met through Twitter, and mutual friends. She lived a tough life, but she always had time for laughter. When you talked to her on the phone, her personality shined through and you got to know the part of her that you couldn’t see online. Her child was her life and if you didn’t know that about her then you didn’t know her very well at all. These were the things we shared together in our long talks.

Diagnosed at a young age, Dee didn’t necessarily respect her disease in the early stages due to a lack of understanding about RA and its effects. For her, the respect came quickly as the relentless disease continued. She was a victim of Katrina, having to be literally carried out of her home because she couldn’t walk out on her own due to her immobility. Eventually, she relocated to Atlanta, where she lived with her mom. Her mother was her main caregiver, but her mother also worked outside the home. During these long hours alone, she loved to communicate with friends and family – and like any other RA patient – she needed support.

She endured a total of nine surgeries, one of which was a bad hip replacement, which she never seemed to get any relief from. She mainly used her wheelchair to get around, even at home. She was dependent on her mom and daughter (who didn’t live with her) to get her the things she needed, necessity items like food and clothing, but also to take her to her doctor visits. Sometimes she had a nurse come in, during the last few months of her life she also had a physical therapist (PT) coming to her home.

We don’t recall the actual date, but sometime around September, a new attitude emerged in Dee. She became determined to get back on her feet and attend her daughter’s graduation. According to Dee, the PT was really working her legs, to a point that left her in tears as often as the PT came. She agreed to have a conversation with the PT and her doctor to make sure she was working the proper areas and to not end up in severe pain.

Dee’s rheumatologist had switched her from Enbrel, to Humira and then to Cimzia in a very short time frame. Methotrexate was no longer used, and for a while, neither was prednisone. By late November, she had decided to get back on prednisone to help her strength and give her some ability to accomplish the goals she had set. She was excited.

During December, something changed. Although we didn’t hear from Dee as often when her daughter was staying with her, we were still in constant communication. On December 12th, I received a message from her that read, “I’ve been in pain, my PT was hard on my leg, that bible verse I use to say it daily, this too shall pass…I tweeted that”. Another message, to another friend she said that she thought she’d had a slight stroke. The friend explained the signs and symptoms and made sure that she promised to seek medical attention. As far as we know, she did just that and went to see a neurologist, who sent her home.

Why would they send her home and not admit her? She may have been past the time frame to reverse any damage, but observation at the least would’ve been the proper thing to do we thought because this is what happened with the other friend she spoke with. At this point, things got a little confusing. She explained to me that she had gone to a new doctor, and that a nurse at the new doctor’s office outright said to her “We don’t give pain medications here!” to which she replied something along the lines of “Do you think that’s what I’m here for?” She was genuinely hurt by this, as if she was just a junky looking for meds. This doctor also informed her that she was “obese” and while she knew she was overweight, it’s a common problem for those of us affected by the disease and its medicinal side effects.

At the very least Dee was disheartened by the way she felt she was treated, at worst she was deep down angry. She knew she had excess weight, she felt like she was working on that with the PT to gain some mobility back. She also knew she had uterine fibroids, which she felt contributed to the weight & bloating, but she seemed to lack the confidence in her ability to find a doctor that would help her resolve it using newer, laser technology.

Dee called the day before she passed away. She never mentioned pain that day; she was rather peaceful and calm. She did say that she wouldn’t call 911 for anything. (Previous encounters had resulted in someone questioning why she didn’t get out of bed.) At the time, it seemed as if she were just joking, since she seemed to be rather calm and hadn’t mentioned stroke, pain, or any other problems. At the end of our conversation, we both agreed it was “nap time” and we laughed, each saying we loved each other. We ended with laughter; it’s the last time I’d hear her laugh.

Those of us that are left with the memory of Dee, continue to wonder how it’s possible that a woman in her 30’s could be so quickly taken away from us. We wonder why she wasn’t taken seriously, why her cries for help went unheeded. Why were her meds switched so quickly? Why would anyone, knowing her condition, presume that she was visiting a doctor just for pain meds? Why did the PT push her so hard, after she said no more? Why would any medical professional, knowing the severity of her problems, question the fact that she couldn’t get out of bed? Why was it that in her “home” state, she felt like she had great care? With the severity of her condition, she seemed to be brushed off by too many. We wonder if the color of her skin or the fact that she was a woman plays a role in this. We’d like to think that’s not the case, but we’ll never really know.

Rest in peace, our friend. You’ve left a mark on our hearts and souls. We were blessed with your friendship and laughter, and we’re better people because of you. We hope your death will not be in vain, that someone can avoid going through the same by reading your story.

The Rheumatoid Patient Foundation is setting up a memorial platform to honor loved ones who passed away because of causes related to Rheumatoid disease. Members of my family and I will be honoring my own grandfather via this platform. If you are interested in participating and you would like to be sent the link so you can honor a loved one, please send an email to memorials@rheum4us.org and put “Memorial” in the subject line.

28 thoughts on “Rest in Peace, Danita”