Rheumatoid Arthritis Anger: Cause or effect?

Chicken or the egg? I wasn’t there of course, but I’ve always favored the chicken. I love chicken, especially fried chicken…

Does RA cause anger? It can be managed politely, but there are times I’m definitely angry. At any one moment, I have more pain than many people I know have had in their entire lives. That volume of constant pain can cause anger. The lack of sympathy makes me angry.

Every day, I’m supposed to keep doing things I can’t do. That is aggravating. No one can see the destruction that I feel inside of my joints, but I can still feel it. I’m angry at doctors who say we exaggerate. I’m angry at companies who claim they give us our lives back.

I could go on… harassment of friends over handicapped parking; condescending offers of juice cures from people trying to get our money; rough handling by medical techs; people waiting years to get a diagnosis; insistence that I could do more with more effort. This list could get pretty long – and that’s okay. Feeling angry about these things is a normal and healthy response to a very bad situation. 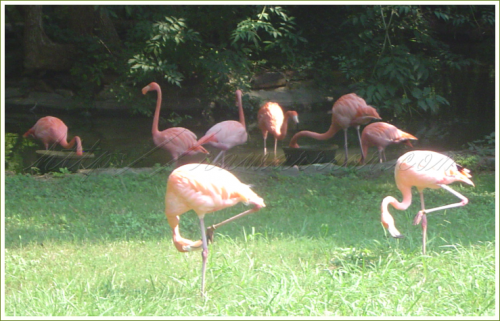 For some reason, there are those who dig up these theories like skeletons in the RA closet and rattle them around. Perhaps you read the Deepak Chopra comments on Rheumatoid Arthritis, anger, and sexism. However, it’s not just new age gurus who continue this theory twaddle. Sometimes, it’s the church. I’m a Christian myself and I’m ashamed when I see a “Christian” website claim that for “autoimmune conditions like Rheumatoid Arthritis …anger is a major factor.” This writer claims to have learned on WebMD and Google of “studies that prove suppressed anger is a common denominator as the cause of these illnesses.” Funny thing is I went to that same school. I did read those weird notions, but I had enough sense to keep reading on into the next decade of science.

Honestly guys and dolls, I feel like we are in the Middle Ages of this disease. Think of those 1960’s ideas as coming out of the stone ages for RA (and Ankylosing spondylitis and Psoriatic arthritis as well). Think of the advent of the internet as analogous to the invention of the printing press. More and more people can be exposed to the realities of RA.

What if Lance Armstrong were accused of causing his own cancer by his attitude? What if everyone said that Michael J. Fox has Parkinson’s disease because he has unforgiveness? What if Lou Gehrig were actually blamed for Lou Gehrig’s disease (ALS)?  You can’t even imagine it, can you? It’s so absurd.

Link to German study in the year 2000 claiming to once again disprove the old anger and aggression theory about Rheumatoid Arthritis.