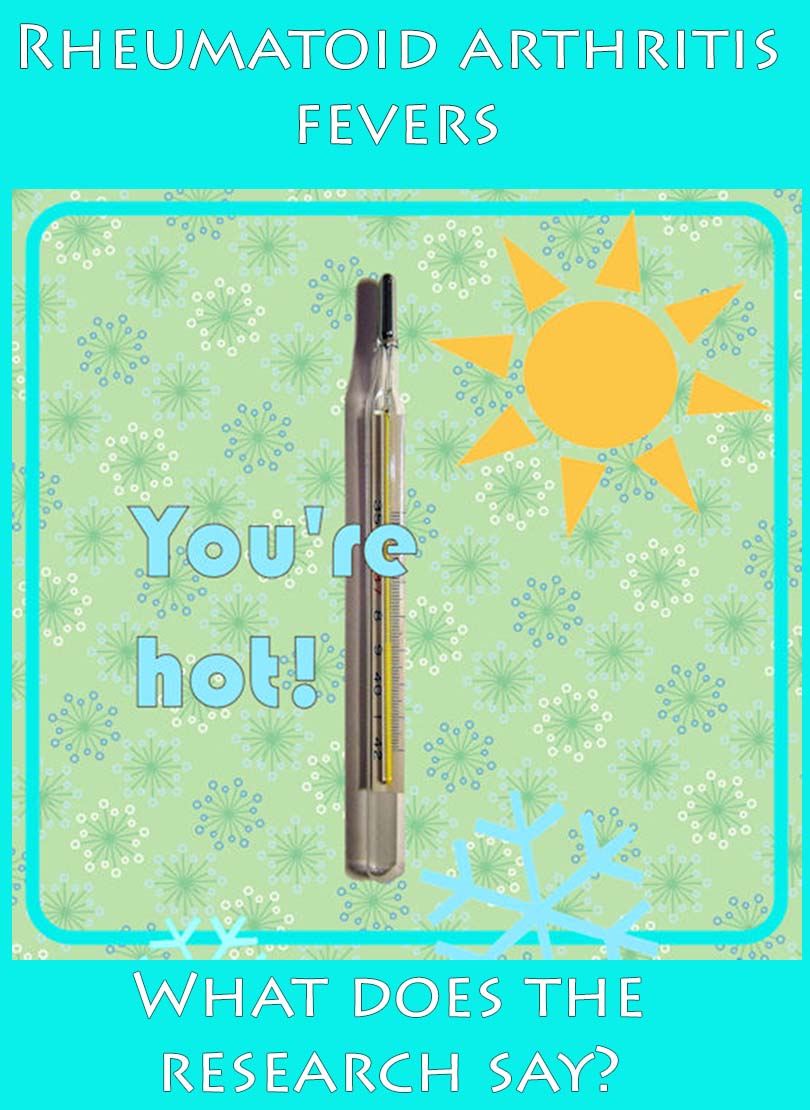 Last week, I mentioned my Rheumatoid Arthritis fevers in another post. What a surprising variety of reactions. Some said, “Me too.” Others said, “Ohmygosh I had no idea the fever was from RA!” And others said, “What on earth do you mean by RA fever?”

What do you mean by Rheumatoid Arthritis fevers? 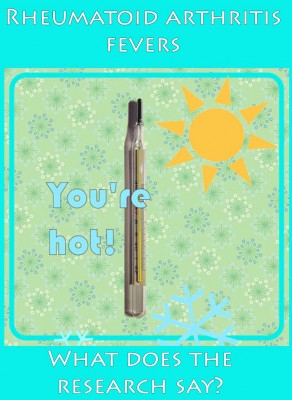 When the Mayo Clinic defines Rheumatoid Arthritis, they mention fever. You also will see “fever” included if you read Mayo Clinic’s list of Rheumatoid Arthritis symptoms. Fever is listed by John’s Hopkins as a symptom which precludes “clinical remission” in their “Diagnostic Guidelines.” The American College of Rheumatology mentions fever on page two of their explanation of RA. If you read historical descriptions of RA, you will notice that fever is mentioned along with redness or rashes and crippling pain.

Why doesn’t everyone know about Rheumatoid Arthritis fevers?

This puzzles me. Frankly, RA is a puzzle in many ways. There is much misinformation and misleading information. It seems like patients know exactly what RA is, but sometimes it seems like they are the only ones. And they don’t always speak freely about what daily RA is like, even to doctors, because so often they struggle to resist the mantle of hypochondriac. (Please read that link if you are not familiar with that post. It is doctors and the Arthritis Foundation who have used that word, not me.)

It is typical for people with Rheumatoid Arthritis to have a fever. If the RA is not “controlled” or the patient has flares, there will likely be a fever as one indicator of that. So, why is this “textbook” “typical” symptom of RA discussed so little today?

Why is it that fever, the one known typical RA symptom that is easily objectively measurable, is hardly measured?

Whenever I take my child to the pediatrician, the nurse takes his temperature. However, I have never had my temperature taken at a rheumatology appointment. Once, I requested it, and the MA became very frustrated because she did not know why. She said, “We don’t do that here.” Why not?

Isn’t a fever a sign of inflammation in the body? Wouldn’t it be important to use body temperature patterns as a measure of RA activity? It seems to associate more with disease activity than blood tests do.

How often does your rheumatologist take your temperature? How often do you have a low-grade fever? Do you own a good digital thermometer?