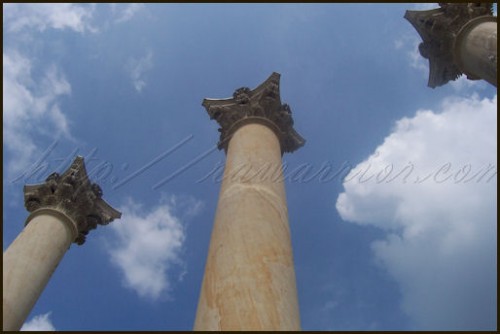 Once in a while, a question is posted about the “Marshall protocol” or the “antibiotic protocol” for treating Rheumatoid Arthritis. I’ve been told by a couple of people that this is the Rheumatoid Arthritis “cure” if only it would get enough attention. There are those who forcefully promote antibiotic treatment for RA. At times, I’ve been challenged to disprove the antibiotic protocol if it’s wrong. Well, I’m not doing that; but, here an introduction:

Are antibiotics approved by the FDA for use as DMARDs?

I’ve been told several times that they are. It is stated on numerous websites. However, I cannot find any evidence that it’s true. From what I have read, the FDA has not approved antibiotics to be used as DMARDs. However, they have been used by some patients, and tested to some degree. Some medical books and the American College of Rheumatology do mention their use with treating symptoms of mild RA. See this list of FDA approved uses of minocycline and a discussion of its off-label use with mild Rheumatoid Arthritis.

Some antibiotics have mild anti-inflammatory properties. A drug has a primary mode of action, such as killing bacteria; but there are usually other effects which would be considered secondary. Years ago, it was discovered that minocycline does have an anti-inflammatory effect. It is a mild effect compared to the powerful NSAIDs and DMARDs of today, so it is not usually used as an anti-inflammatory. Another obvious reason that minocycline is seldom used in place of DMARDs is that we now know that overuse of antibiotics leads to development of resistant strains of bacteria.

It’s not the antibiotic property of minocycline

In a post in Arthritis Today, a pharmacist explains to a patient that minocycline does not work against Rheumatoid Arthritis because of its antibiotic properties: “It isn’t the antibiotic properties, but the effects on the immune system and the ability to inhibit enzymes that break down cartilage and connective tissue that make minocycline so effective.” If that’s true, it might be better compared to low dose prednisone than a DMARD.

Trevor Marshall was an engineer who claimed to have success treating his own sarcoidosis with minocycline. Many in the movement promoting the antibiotic protocol base their claims upon his writing. From what I’ve read, he was able to receive “orphan drug status” from the FDA for treating sarcoidosis with minocycline, but renewal is conditional upon submission of regular reports which some say are lacking. That link at Science-Based Medicine contains some sarcasm, but a lot of science if you are interested in reading more about his theory. Scientists sound certain that they have disproven Marshall’s theory about bacteria and autoimmune diseases. And here is a more sympathetic account of Marshall’s view from About .com.

Edit: 5/6/18 Updated outgoing links that had been changed.