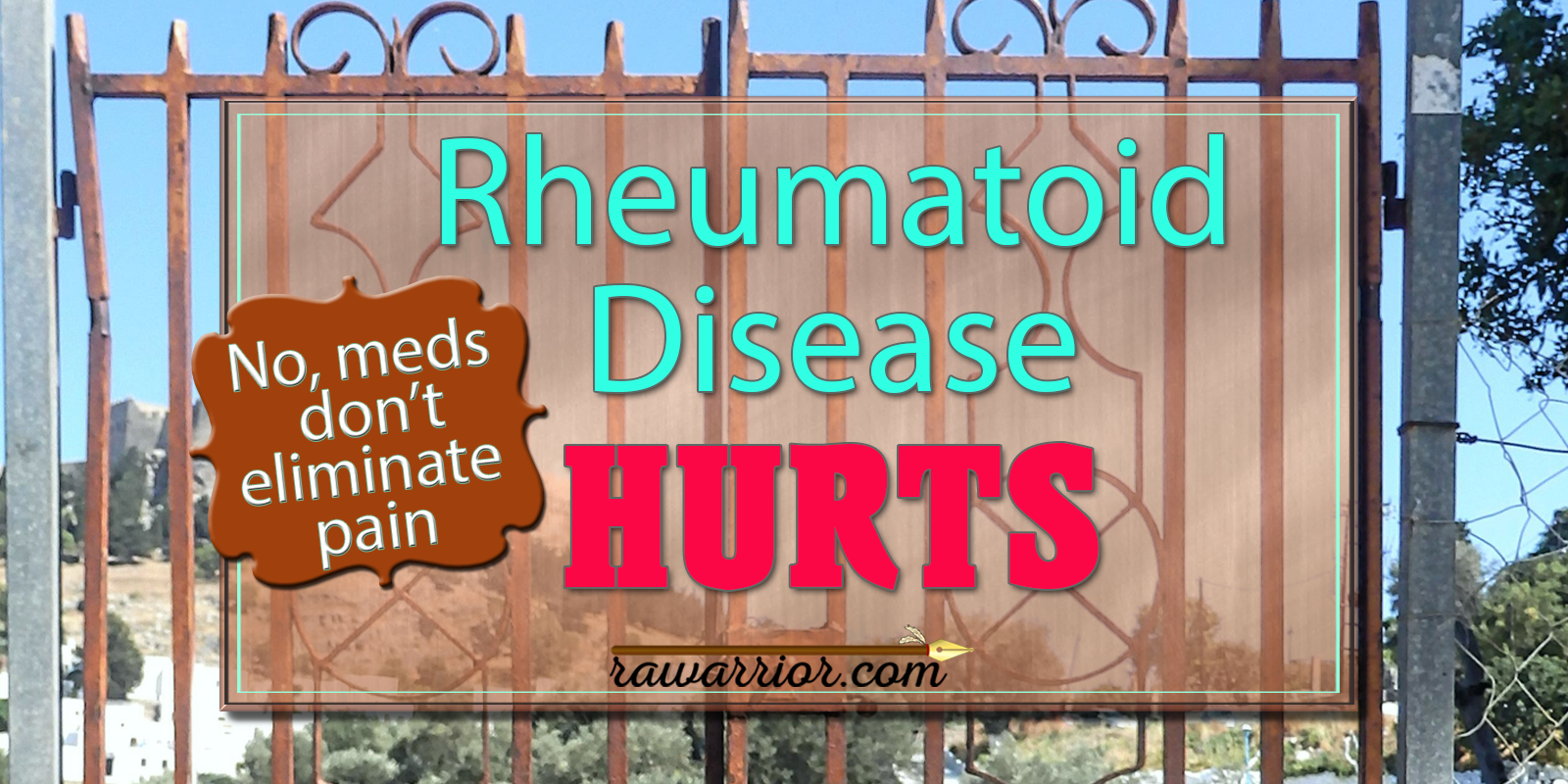 Who has remaining Rheumatoid Arthritis pain?

Remaining Pain refers to joint pain in people living with rheumatoid disease (PRD) who have already been treated with a DMARD like methotrexate. Look carefully at the responses in the remaining pain with methotrexate study.(1) 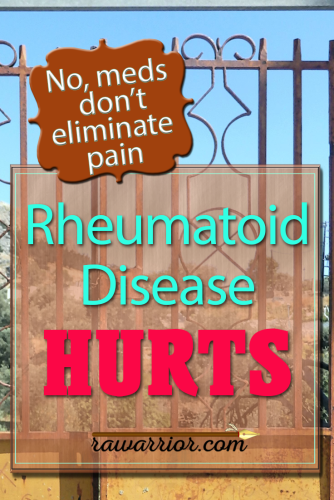 In all 58% reported remaining pain. Who were they?

“Response” means improvement in symptoms in the EULAR rating system. The first thing to notice is the low response rate. DMARD and biologic response rates tend to be lower than advertised.

Second, did you notice that, even if PRD had little or no response to a medicine, they could have “remaining pain”? Is that actually remaining pain – or just remaining rheumatoid? If the medicine didn’t treat their swelling, stiffness, or inflammation, wouldn’t you expect them to still have pain also?

Calling rheumatoid arthritis pain “remaining pain” considers the DMARD as a cure. It’s like I put a coat of white paint on a blue wall and I ran out of paint. Some wall spots were remaining blue. I should not wonder why. They were not painted. Just like a person with RD was not cured.

It’s also possible that some parts of the wall were painted too thin. These parts look light blue because they need more paint. These are like the PRD who need another medication to treat the disease and its symptoms.

Hug me gently hoodie
by RA_Warrior

Adding the 35% to the 23% (moderate or no response to methotrexate) equals 58% of PRD with insufficient response. That’s the same percentage that reported remaining pain. They are not all exactly the same people because some from the good response group had remaining pain. But 58% with remaining pain should not surprise anyone. A majority has been inadequately treated. And the same majority still has pain.

There is no surprise because no one was cured. Symptoms remain, even in those with a “good response.” And because RA / RD is a painful disease, pain is one symptom that remains.

Rheumatoid disease / rheumatoid arthritis pain does not occur in isolation as we’ve discussed before. PRD know it’s never “just pain” when they hurt.

“Clinical” disease activity is defined by gross swelling that a doctor can see from across a room and high CRP or ESR blood tests. This is the problem.

Remaining pain is a useless model

“Remaining pain” implies that the rest of disease activity has been addressed, and only pain remains.

Research confirms patients’ experiences with disease activity and pain. CRP does not correlate well with patient’s outcomes, but patient-reported outcome measures do.

Rheumatoid disease should be treated seriously to provide the best care possible and hopefully reduce the mortality rate of RD. No aspect of RD / RA should be assumed to due to maladaptive coping.

Advice for clinicians or investigators working on Remaining Pain

Look at a list of just what is Textbook RA compared to what people with rheumatoid disease (PRD) experience in real life. And what the future holds for PRD… Click to keep reading Textbook Rheumatoid Arthritis: Patient Input Will Replace It

I ask detailed questions to pick apart claims of some researchers that millions of people with rheumatoid disease (PRD) actually have low pain thresholds. “Painful as it was to read, I examined the sixty-six footnotes looking for an answer. Many of the articles had footnotes of their own, so it was an infuriating couple of weeks…” Click to keep reading Does Rheumatoid Arthritis Pain Really Hurt That Much?