Have you ever heard of Rheumatoid Arthritis rice bodies? 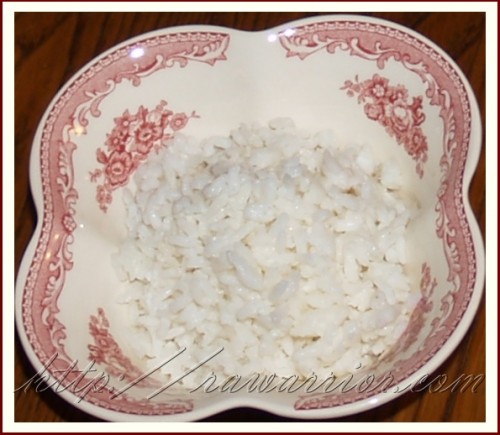 Is there no end to the surprises of Rheumatoid Arthritis? Rice bodies? Huh? This weekend, Chelsea left a comment mentioning rice bodies and I had to check it out.

Here’s some background from the Annals of Rheumatic Diseases about rice bodies: “Rice bodies can occur in the joints in many rheumatic conditions, but they are most common in rheumatoid arthritis. They are generally believed to occur rarely in patients with osteoarthritis…”

What are rice bodies?

Rheumatoid arthritis produces a state of chronic inflammation which is believed to play a role in rice bodies. However the exact cause is unknown. Rice bodies are cells of a cartilage-like material that really resemble grains of rice in tendons, bursae, or synovium. Rice bodies can even occur in patients who do not have a systemic form of Rheumatoid Arthritis, only affecting one joint.

You’ll know why they call them “rice bodies” after you see this startling rice bodies’ photo of a wrist. That’s a viewer warning.  Did you look? Did you say, “Eww”?

In case you don’t want to look, here’s a depiction of rice bodies by Dr. Kulenovic: “Rice bodies were originally described in 1895 in association with tuberculous arthritis. They were called rice bodies because of their macroscopic similarity to grains of polished white rice. They are now most commonly associated with rheumatoid arthritis (RA) and are recognized as a very characteristic feature of RA, but also may be seen in seronegative inflammatory arthritis.”

Apparently, rice bodies can be surgically removed, leading to relief of pain, swelling, and disability.

Just one more thing that can happen when your joints lose touch with reality thanks to Rheumatoid Arthritis. Rice bodies are another crazy thing about this disease that stretches my imagination. If I did not experience it myself, I’d have a hard time believing in a disease that is this peculiar.