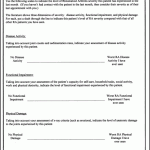 A reader asks about doctor’s ratings of Rheumatoid disease being required by third-party payers (insurance companies, etc) presumably to justify spending related to Rheumatoid disease treatment. She wrote: “according to my rheum today there is a lot of pressure by the insurance companies to having every patient rated using the RASS scale. I am nervous of a scale that doesn’t include my opinion on how I think I’m doing and I get the feeling my doc didn’t (like it) either.”

We’ll look specifically at the Rheumatoid Arthritis Severity Scale (RASS) in a moment. Consider first why an RASS is wanted.

Treating Rheumatoid is expensive because the disease is progressive and destructive and treatments are costly. It makes sense that payers would seek evidence that it’s worthwhile to treat RA patients since they seldom achieve remission and are never cured. That evidence is hard to get for several reasons:

So, yeah, I get it. They don’t want to “waste” money on us with no guarantees.

I’m sure patients would like some guarantees as well before they risk their lives or spend a fortune on treatments. Unfortunately, science has not caught up with that.

What about the RASS?

The Rheumatoid Arthritis Severity Scale (RASS) was developed in the 1990’s and published in the Oxford Journal of Rheumatology in 2000. It does not seem it has been cited often and the only recent citation I found is the 2010 article about the discordance between patient and physician assessments in RA, a topic we’ve mentioned previously, Physician Discordance in Assessments of Global Disease Severity in Rheumatoid Arthritis. While I see reasons to desire such a scale as discussed above, I doubt this RASS will become the tool of choice.

There are also objectionable aspects to the RASS described in the Oxford Journal. Some of these have been discussed on this site previously as significant  problems in rheumatology research or care.

It says they think RASS is quicker than the HAQ but just as accurate – as if that’s encouraging. We’ll save my improvement suggestions for the HAQ for another day.

Has your doctor or insurance company mentioned the RASS or another scale to you?

“RA” it stands for lots of things – I also Googled RASS. These are from Google’s 1st page: