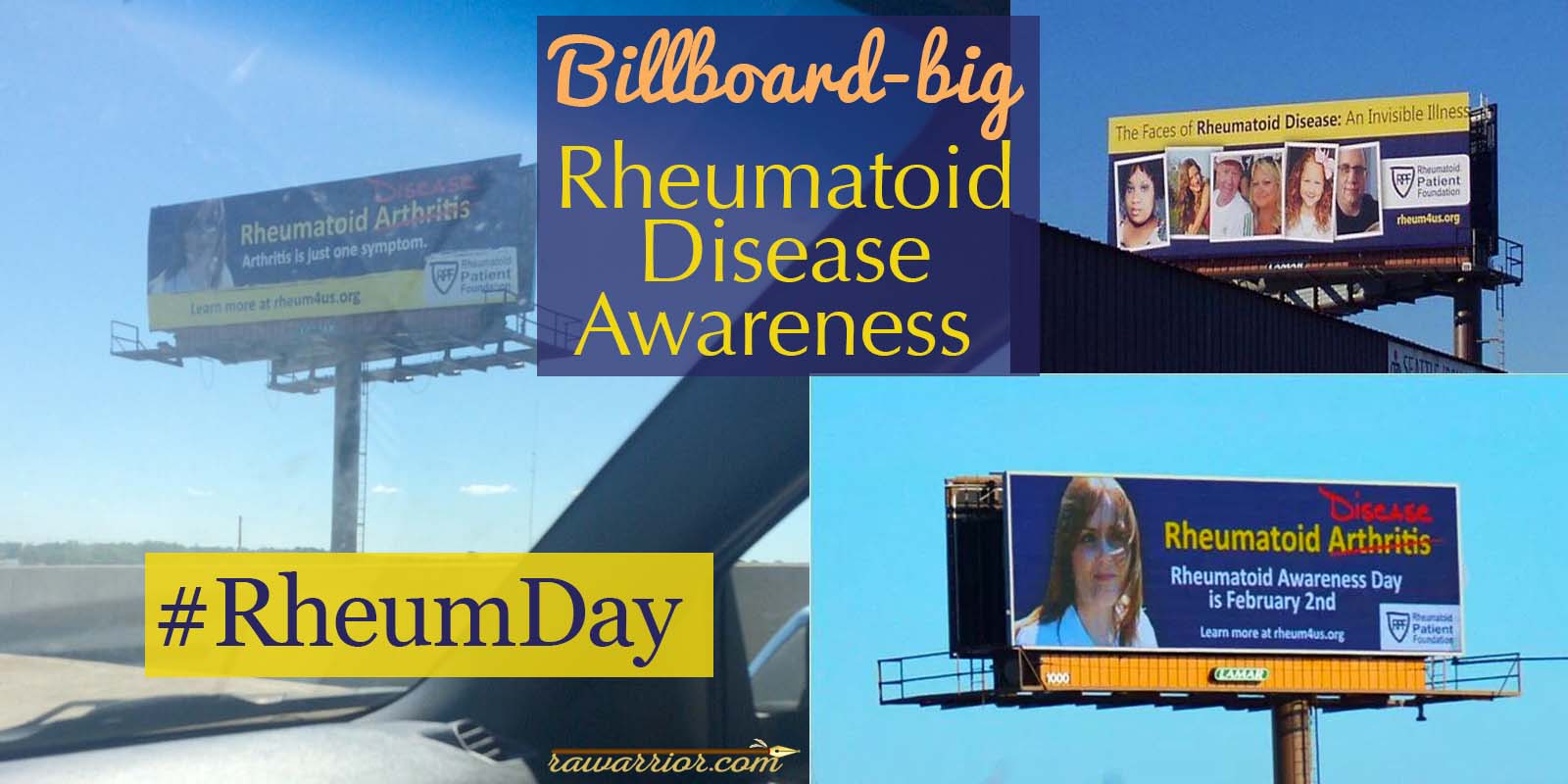 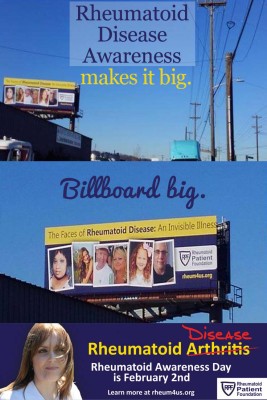 Between 2006 and 2008, I began to grasp the staggering discrepancy between public opinions of rheumatoid arthritis and what people with rheumatoid disease (PRD) actually live with. In 2009, I built RA Warrior in an effort to inform and encourage. By telling the truth, I hoped to help bridge that huge gap. The RAW website and community broke barriers and set records. Together, we put rheumatoid disease on the map. But PRD, doctors, and friends in industry urged me to do more. A reader named Jay Wood convinced me to attend the ACR meeting in 2010. What I experienced that week changed me forever. You can watch my response in a short video from Atlanta—but finish today’s exciting news first!

When I got home, I worked with friends to found the Rheumatoid Patient Foundation (RPF) in early 2011. That year, RPF printed several publications and presented an exhibit at the ACR meeting. RPF continued to expand partnerships with PRD, doctors, and industry. In 2013, RPF initiated the first Rheumatoid Awareness Day on February 2nd. RPF also authored academic publications, as well as presented research posters and a well-attended session at the ACR meeting.

Members of RPF and people who wrote to me were excited and appreciative. But there was also a strong sense that rheumatoid disease awareness needed to go bigger. It needed to reach the people who’ve never even heard of RPF or RAW.

Have you felt that too?

I never forgot about the billboard idea. I brought it up at RPF meetings sometimes. We’d done some big things. But we needed to do something really big. Big like billboards. Somehow, someday…

RPF pressed on—often despite my being unable to help. We met many more milestones. We began a Petition for a National Proclamation for Rheumatoid Awareness Day. Many of you played a part in increasing awareness year by year.

Over the past year RPF presented the first ever billboards for rheumatoid disease awareness. This was in large part thanks to Lamar Advertising Company and a very special PRD who connected RPF to Lamar, Barbara.

As this year’s Rheumatoid Awareness Day dawns and the groundhog (a special connection to RD) finds his shadow, tens of thousands of people are driving past hundreds of rheumatoid disease awareness billboards.

That’s right—HUNDREDS. Over 200 billboards in 30 states! Click to see the most updated list of Rheumatoid Disease Awareness billboards. Here’s some media coverage leading up to #RheumDay.

Here’s how one orthopedist participated. After Dr. Valentin Antoci learned of the billboards and Rheumatoid Awareness Day, he appeared in this video below to encourage others to get involved. Let me know if you have a great doctor who might be interviewed. I’ve already asked mine and he said yes.

WHAT CAN YOU DO FOR RHEUMATOID DISEASE AWARENESS?