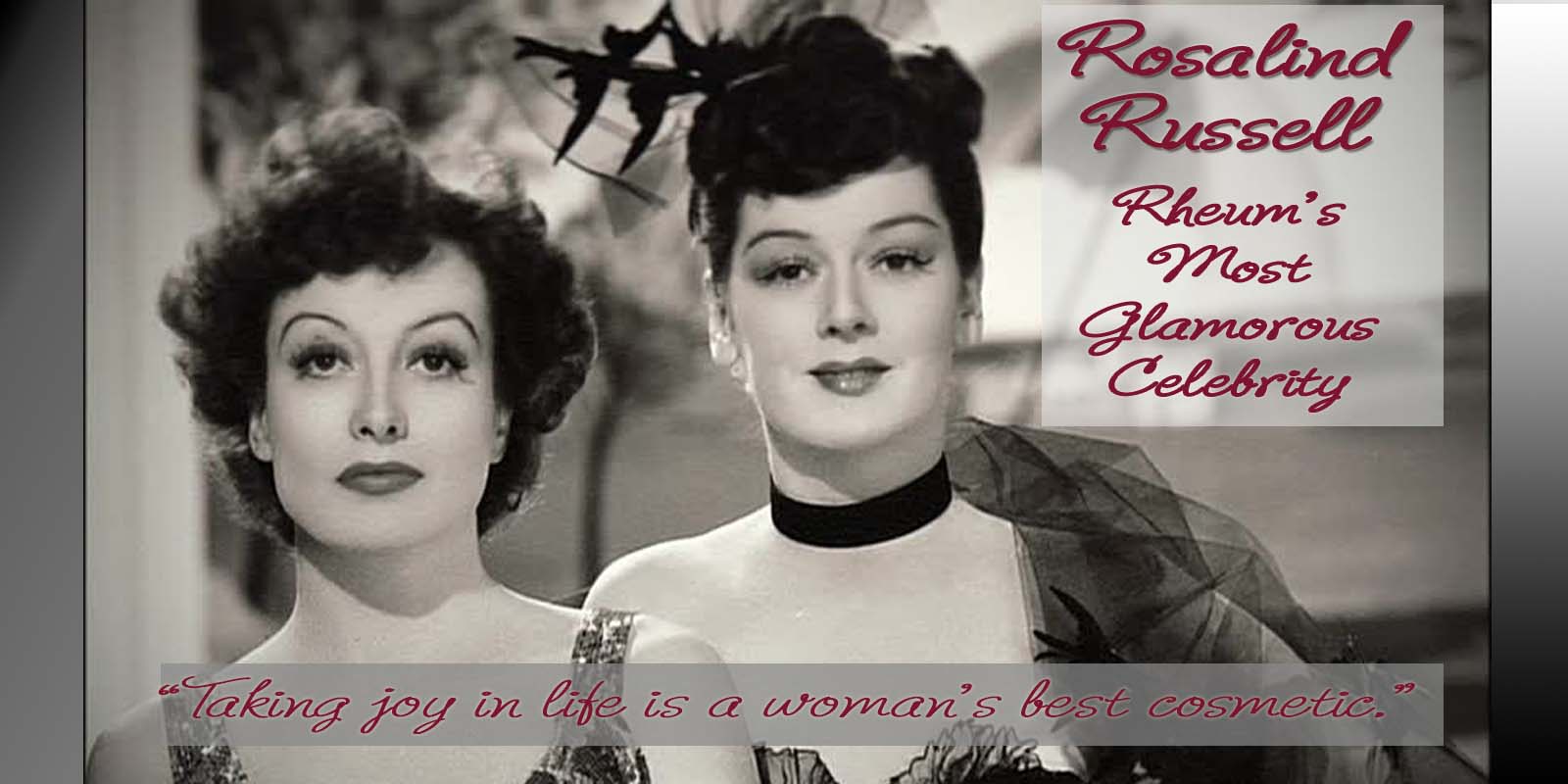 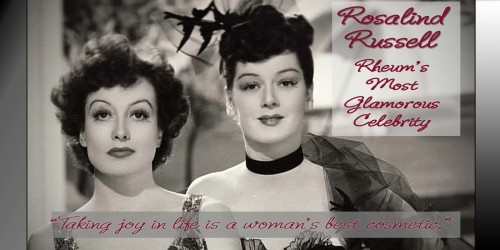 Rosalind Russell (Roz) may have been the most glamorous and famous woman to have Rheumatoid Arthritis. However, she shared three qualities with many others living with RA: She was determined, hopeful, and private. 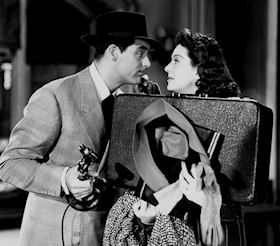 One of the most illustrious celebrities to live with Rheumatoid Arthritis was Rosalind Russell.

Rosalind Russell (1907-1976) had an exceptional life, performing on Broadway and in Hollywood with stars like Cary Grant and Robert Montgomery. The star of His Girl Friday, Auntie Mame, Gypsy, and dozens of other productions won 5 Golden Globes, a record finally broken by Meryl Streep in 2007. Rosalind won numerous other awards for both her acting and humanitarian efforts. 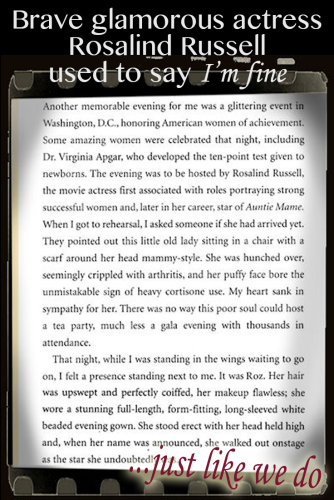 During the years when Roz could still work, she did not make any fuss about her RA. Once, when it interfered with her abilities, she let others think there was a technical problem. Her husband Frederick wrote that she was extremely private about her Rheumatoid Arthritis, even to him:

“During the 16 years of secret anguish and pain, which began in 1959 and included two mastectomies that were never made public and the terrible onslaught of the worst kind of rheumatoid arthritis in 1969 that culminated in her last two years of total, private agony, she lived by this poem-prayer that she wrote: Trust Him, when darkest thoughts assail thee, Trust Him when thy faith is small. Trust Him, when to simply trust Him is the hardest thing of all. Roz gave the greatest performance of her dazzling 40-year career during those fast agonizing years. Although she was wracked with pain, she never gave up, never let on. She refused to lean on sedatives or psychiatry or the physical props of crutches or a wheelchair.  And she refused to talk about her illness, even to me. She continued her unrelenting charitable and humanitarian endeavors.”

Roz refused to acknowledge publicly how bad the RA pain was. Most people I’ve met with RA are the same way, insisting that we make others comfortable with our awkwardly agonizing situation. Roz would say, “I’m fine.” And when the RA prevented her from acting any longer, she battled pain and disability to remain a public figure. In the quote from Helen Reddy’s book (see image), note the way that Rosalind arose when it was time to stand on the stage.

Roz shared our positive approach to battling the cruelty of RA

Rosalind was such an optimist that friends say she hoped for a miracle with her RA almost to the end of her battle.

I read several accounts of a public appearance in 1974 where Rosalind was photographed with Joan Crawford (see below). The newspaper photographs of that night were not flattering and Joan refused to appear publicly again. But Roz would not be deterred. She would not hide what she called her “chipmunk cheeks” (induced by steroids) or her disfigured hands. She was quoted as saying that “Taking joy in life is a woman’s best cosmetic.”

Then, Rosalind became a determined advocate for RA awareness

One biographer wrote: “There may not have been any more movie roles, but there was one in real life that was perfect casting: arthritis activist. Since no one would be writing parts for an arthritic actress on cortisone, Rosalind decided to create her own starring vehicle that she could adapt to whatever group she was addressing. When she was not being hospitalized for stomach blockages (caused by cortisone), she was out campaigning for arthritis research. It was her final role, but it was in her own script” (page 251, Forever Mame by Bernard Dick).

Rosalind Russell is special to me as a woman fighting RA

Rosalind Russell excelled at humor on the screen and in her life. Her Catholic faith was also very important to her, writing poems and prayers of bravery and determination. She often referred to life as a rope with knots for her to climb as she came closer to Heaven. Rosalind was extremely modest about her both her achievements and her suffering.

You can hear all of that in her short acceptance speech at the Oscars in March 1973, only two and a half years before her death. Her lifelong friend Frank Sinatra presents Rosalind with the Jean Hersholt Humanitarian Award at the Oscars. In her last sentence, you can hear her refer to her severe Rheumatoid Arthritis with pneumonia and complications from treatment, and breast cancer with two mastectomies merely as “while I was not quite well.”

In the summer of 1976, Rosalind finally had hip replacement surgery and never recovered fully. She died in November at age 69. Sinatra said at her funeral service: “God got up Sunday morning and said, ‘Better send for Roz. She’s suffered enough.’”

NOTE: Don’t miss the follow up to this article. More on Rosalind Russell and fighting RD.

There’s a DVD narrated by Kathleen Turner based upon Rosalind Russell’s autobiography Life is a Banquet. “Long an advocate for those with disabilities, late in life this unique and pioneering talent was struck with severe rheumatoid arthritis, which derailed her career. Thereafter, Russell championed the needs of millions also suffering from the disease… Whether considered for her sophisticated comedy roles or dignity under duress, her humanity shines through.”