A letter from a reader asks RAW about content directly addressing seronegative Rheumatoid Arthritis. Whether or not you’re a patient with negative lab results, it is important to grasp why there is not a separate category on RAW for seronegative RA.

“My reason for writing is that I don’t see a great deal of information on your blog about seronegative RA. …I know that seronegative RA is usually considered to be less severe than seropositive RA. In fact, I even questioned my diagnosis b/c I didn’t have the usual blood markers. …I do pretty well although I am never totally pain free. Like all of us, I have good days and bad. Is there any way you could present more info on seronegative RA? …I appreciate your hard work at getting the word out about this disease.” 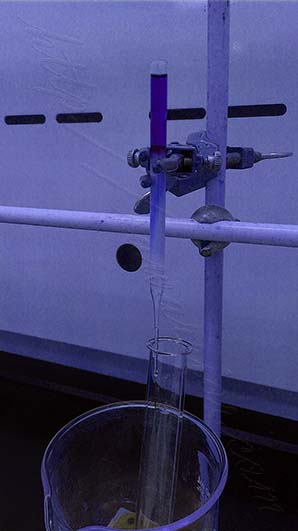 My response about “seronegative RA”

I tried to tell her not to worry since people with Rheumatoid Disease (PRD) are not usually given a separate diagnosis of “seronegative RA,” although that may be noted in the chart. There is not much separate research or recommendations because it’s considered the same disease. (See number 3 below).

However, the new ICD-10 (International Classification of Diseases) does allow diagnosis to specify whether Rheumatoid factor is positive or not. As a matter of fact, if you open those codes, you can be diagnosed according which specific joint is affected. It looks like a coding nightmare, based on inadequate knowledge of Rheumatoid Disease. On the other hand the term “rheumatoid arthritis syndrome” is used in some cases when saying “arthritis” just doesn’t make sense. (As RAW has said before, there are no joints in the eyes or the lungs.) Most U.S. doctors are still using ICD-9, which has a code for rheumatoid arthritis of 714.0.

Does a classification of seronegative RA make any sense?

Yes, but not they way it’s being implemented. First the yes:

Yes, we do know that are some biomarkers that may one day be more meaningful in the treatment of Rheumatoid Arthritis / Rheumatoid Disease (RD). The “rheumatoid factor” is so named because it was the first antibody discovered to be associated with RD – back in the 1930’s! We are now learning that Rf is one of several biomarkers that associate with RD. The ACPA (anti-citrullinated peptide antibody) or anti-CCP turns out to be even more common in people with Rheumatoid Disease (PRD) than Rf.

Someday, we may understand the specific significance of particular biomarkers in particular PRD. We may be able to predict disease course or which treatments will be effective. We may classify subtypes of RD.

1) Rheumatoid factor is not very meaningful. Rf does not appear to be important in determining which treatments are effective. And although it was once thought to predict a milder disease course, evidence does not necessarily support that. [1-3] There is actually more than one type of Rf antibody to test, but PRD do not know which one has been tested when they are labeled “seronegative” – we’ve seen many in our community who are seronegative with severe damage or confirmed extra-articular disease.

2) Consideration of anti-CCP makes it misleading. ACPA / anti-CCP is more specific for RD than Rf, yet Rf alone is commonly considered for seronegativity, and Rheumatoid factor negativity is specified by ICD-10. Other clinicians consider a positive anti-CCP to exclude seronegativity.

3) Rheumatoid factor is not a label, but a temporary state. Rf changes over time, with a trend toward positivity. There are not TWO groups of patients: the seronegative and the seropositive. No, it is rather a continuum, and patients are at different places at different times. Sometimes seropositivity varies with treatment, and other times, not.

4) Concern for the results of the division. Since 20 to 30% of PRD have a negative Rf, and we do have evidence that “seronegative” is not necessarily a milder form of the disease, producing less symptoms and damage, I hope that the new ICD division will not be an excuse for undertreating certain patients to save money.

Tests are important, but as we’ve discussed before, they must be used as tools to help people who are patients, and never as weapons against them.