About a month ago, I was fascinated by a new report on 103 “patients with Rheumatoid Arthritis” in Mexico, “Sternoclavicular Joint Involvement in Rheumatoid Arthritis: Clinical and Ultrasound Findings of a Neglected Joint.” A sternoclavicular (SC) joint is a joint at the top of the sternum that allows movement of the clavicle. We each have 2. You can view clear pictures of the SC joint on Shoulderdoc.co.uk.

How often are sternoclavicular joints affected in Rheumatoid Arthritis? 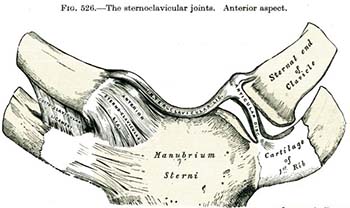 This is the first modern study on the prevalence of SC joint involvement, evaluating joints in several ways:

If they found any of these, researchers considered the SC joint to be “clinically involved.” Their exams detected that 19% of SC joints were clinically involved, compared to only 1.9% in a healthy control group. The SC joints were also thoroughly evaluated by specialists with musculoskeletal ultrasound (MSUS). 43% of SC joints had at least one MSUS lesion, compared with 17% in the control group.

They concluded that “The sternoclavicular joint actively participates in the systemic inflammatory process of rheumatoid arthritis, as do other peripheral synovial joints,” and that ultrasound is an effective tool to identify it.

Ok, that’s interesting to know about, but why does it matter?

Why this story is valuable to patients 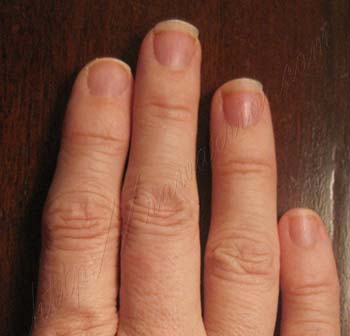 How can there be a “neglected joint” in the first place? Why do people who live with a disease know things that experts who write textbooks don’t? After listening to experts for the past few years, I have some ideas (listed below). But first, a telling little story:

Last year, I shook hands with one of the top rheumatology experts in the world using my usual safe handshake that doesn’t allow fingers to be squeezed. Then he pleasantly explained to me that his RA handshake version was better since “RA doesn’t affect DIP joints,” and he proceeded to firmly squeeze the end half my sore fingers. With a smile, he thought he taught me something new because it never occurred to him that some people (actually most) do have DIP joints involved.

What ELSE can be learned from this study?

Look at this simple sentence: “Both the patients and healthy controls were specifically asked about the current or past presence of signs or symptoms reminiscent of SC joint involvement (i.e., pain and/or swelling).”