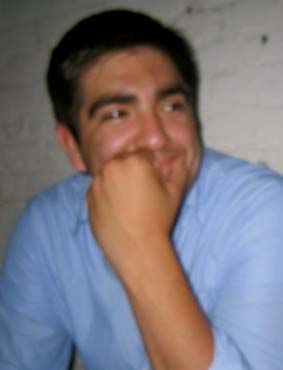 Jose Martinez, writer for OnCentral: Reporting on health and quality of life in South LA, first contacted me a couple of weeks ago before the first Rheumatoid Awareness Day was announced. He later interviewed me and covered the story here: “What exactly is rheumatoid arthritis? Not many know, says one patient”.

I’ve now spoken with Jose a few times on topics related to Rheumatoid disease, including some candid discussions about the disease itself and the battle to increase research and awareness that will lead to a cure. The honest curiosity to get the facts about this disease and report the story is exactly what’s needed in the media. That’s Jose. He also interviewed other patients and a physician for his brief radio piece on RA, “Doctor, patients: Rheumatoid arthritis is far more than joint pain”. You can listen to it now – click here.

I didn’t hear Jose’s interview yesterday, February 4th, because it was my son Bear’s 18th birthday and I was working on (struggling with) mom things like presents, cake, and balloons. Some of you know that we’ve been concerned over the past year as he’s had some joint pain and swelling. As I told Jose, we realize we may not see a cure soon, but we also know that we are fighting for those diagnosed in the future and so that our own children will not suffer as many of us have. As a matter of fact, Jose’s own mom Norma also suffers from this disease. Her words describe so well what it is like for many of us: “The swelling that I get in my hands is the least of my problems,” said my mom. “I look at that and it’s like, yeah right, whatever. It’s just pain. It’s just continuous pain, when the medication is not working … every step feels like your ankle is sprained, like you’re walking on a broken foot.”

Perhaps you’d consider leaving a positive comment on KPCC’s site in response to this news piece. Please comment here to let us know if you did. Also, we’ve heard from numerous people who are contacting local media directly, sending them the RPF press releases, and making phone calls to ask for an honest story about Rheumatoid disease. This is something any of us can do. Feel free to copy me on those emails or ask them to contact me for comments as well.