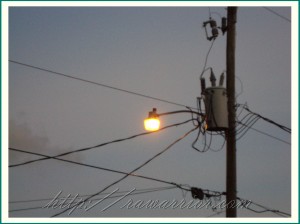 What is the best test for Rheumatoid Arthritis?

Earlier this year, I asked that question. Do I need an ultrasound for RA? In the next couple of blogs, I will surprise you with what I found.

There are many studies which prove that ultrasounds are superior to x-rays for RA. In one study, 80 joints were examined. Bone erosions due to Rheumatoid Arthritis were detected by both x-ray and ultrasound methods. The x-rays detected a total of 6 joints with bone erosions. The ultrasound test detected 17 joints with bone erosions. Yes, they were the same joints. The authors of the study concluded that the use of ultrasound in “RA can detect erosions not seen with radiography and may be complementary to radiography in establishing the presence of erosive disease in early RA.”

Ultrasound or musculoskeletal ultrasound (MSUS) is useful for detecting synovitis that is “subclinical” or less likely to be detected in a clinical setting. In other words, this is synovitis that the rheumatologist cannot readily see with his or her eyes. Rheumatoid Arthritis swelling can be subtle, especially in fingers and hands. MRI can also detect early or subclinical synovitis, but it is much more invasive and expensive than MSUS.

Since ultrasound is also useful to detect inflammatory activity, US may aid in diagnosis of Rheumatoid Arthritis in patients who are seronegative for Rheumatoid factor. PDUS, which is power Doppler ultrasonography, could be valuable for monitoring inflammatory activity. And QUS, quantitative ultrasound helps detect bone loss.  Various modes of ultrasound use different types of beams to obtain specific types of images.

Advantages to ultrasound for Rheumatoid Arthritis

We have seen that MSUS is more sensitive than x-rays for bone erosions. It is can be as sensitive as MRI for detecting bone loss or inflammatory activity. Ultrasound is less expensive than MRI. It is also less burdensome to the patient and the doctor because the machines are portable and more comfortable to use. The results are available immediately.

Note that MSUS would not only permit earlier and more precise diagnosis of Rheumatoid Arthritis in patients whose synovitis is subclinical or whose Rf is negative. It could also provide the much needed guidance with the tricky issue of remission. As we have discussed previously on the blog, clinical remission currently has a somewhat subjective definition.

MSUS sounds wonderful, doesn’t it? That’s what I thought, too. I even knew a couple of women whose rheumatologists had used it to finally “see” their RA so it could be treated.

When I decided to try to get an ultrasound for my own joints, I called every rheumatology office in my region. I asked, “Does the doctor do ultrasound for Rheumatoid Arthritis?” The answers would make a funny blog post. I heard things like, “Whatever for?” and “Of course not!”and “Are you kidding?”

Stay tuned for part 2 of Ultrasounds for Rheumatoid Arthritis.

We’ll ask, “Why don’t we all get an ultrasound right now?” and, “Is there anything bad about ultrasounds for RA?”

What is Sjogren’s Syndrome?