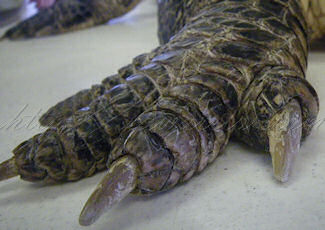 The Story of Rheumatoid Arthritis Remission

Once upon a time, there was no effective treatment for Rheumatoid Arthritis. Eventually, various substances were found to assuage some symptoms, at least slightly. And then one day, doctors thought they had found a cure in cortisone. However, they soon learned that they were mistaken.

During our lifetime, substances have actually been engineered by scientists to bring at least some improvement for most people with RA. Symptoms of RA can often be decreased enough to enable some people to live a life that can appear almost normal – to total strangers anyway.  This has brought notions of remission into the scope of treatment goals for RA.

2) Disability was later treated with surgery.

3) Increasingly, however, the goal of treatment for RA has become to thwart joint damage.

5) I believe it is also important to discover ways to prevent the harm that Rheumatoid Arthritis does to other body systems in order to extend life expectancy.

6) My desire is to make a cure for Rheumatoid Arthritis the primary goal of research and then treatment.

If we are not sick, why do we still have to take medicine?

Clinical remission of Rheumatoid Arthritis does not mean cure. If you have followed Parts 1 and 2 of this series, then you have realized that by now. Medication can reduce symptoms by a certain percentage. If that reduction is great enough, then it may be labeled “clinical remission.” That is distinct from an organic remission which is spontaneous and not drug induced. Either kind of remission is temporary in almost every case. (See The Four Courses of Rheumatoid Arthritis,  Part 1.)

Here is where you are glad that this blog is written by a real live person with rheumatoid disease.

Why on earth do they get to call this remission?

1) RA’ers in clinical remission are expected to continue to use strong medications (including DMARDs and steroids) which have powerful side effects and can cause serious damage. They live with the side effects, expense, and regular blood tests that the medications bring.

2) The damage of Rheumatoid Arthritis can continue during the so-called remission to both joints and other body structures. RA probably will still affect the lifespan of the patient.

3) What if cancer patients in remission had to continue receiving chemotherapy, radiation, or surgery? Would they question the use of the term remission?

Maybe remission is just not the correct word.

Since there is a reduction of symptoms, and contraction of some indicators, and a slowdown of the disease progression, I have thought of a better word. If Rheumatoid Arthritis were an economy, they would call it a recession. How about calling it a “clinical recession”?

25 thoughts on “What is Remission of Rheumatoid Arthritis? part 3”