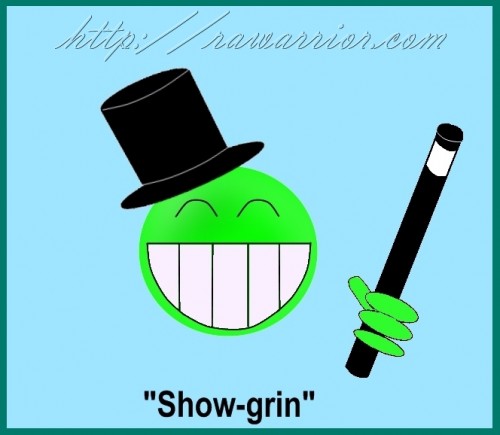 What does Rheumatoid Arthritis have to do with Sjogren’s Syndrome?

Often we hear of the “characteristic dry eyes of RA.” However, we have more urgent concerns of our Rheumatoid Arthritis. This may be one reason that we don’t know much more about Sjogren’s syndrome. We have often accepted dry eyes as just one more RA symptom without exploring further.

What is Sjogren’s syndrome?

Sjogren’s syndrome is an autoimmune disorder in which the lymph (immune) system attacks the exocrine (excreting) glands. It is characterized primarily by dry eyes and dry mouth. About half of the time, Sjogren’s occurs with Rheumatoid Arthritis or other rheumatoid diseases; this is Secondary Sjogren’s. However, Sjogren’s can appear alone; then it is Primary Sjogren’s. Sjogren’s incidence is about 90% female.

What will I notice with Sjogren’s syndrome?

Patients may not be aware that their tear ducts are less operational until they experience itching, burning, redness, or sensitivity to light. By then, Sjogren’s has attacked the tear glands and begun to damage the cornea. With regard to the mouth, patients might first notice lip dryness or difficulty swallowing dry foods like bread. Often, there is a constant urge to drink something or put something like a mint into the mouth.

Why should I care if I have Sjogren’s syndrome?

Rheumatoid Arthritis has most of us pretty well trained to never complain. We don’t want one more roll of the eyes. And we don’t need one more doctor’s appointment on our calendar. To us, having dry eyes is a less significant problem than others we routinely face. For these reasons, we may not get treated for a problem which may be readily treatable. It is also important that we know a bit about Sjogren’s because we should be monitored carefully for the more perilous symptoms. The rarer symptoms are serious, but usually treatable.

What are the symptoms of Sjogren’s?

Common symptoms of Sjogren’s include eye dryness leading to eye infections and erosions of the cornea which may be experienced as a “glare” sensation; mouth dryness may lead to cavities since antibacterial saliva is reduced; gastric hyperacidity because the body also uses saliva to neutralize stomach acid; depression; sleep disruptions; severe fatigue; arthritis and arthralgia symptoms (muscle and joint pain and weakness); nasal and upper respiratory dryness.

Less common symptoms include involvement of skin (rashes), lungs, heart, pancreas, kidneys, liver, spleen, and lymph nodes. Joints, nerves, or muscles can become inflamed. There is also damage which can occur wherever mucous has been reduced by affected glands. For example, nasal dryness may cause nosebleeds and trachea damage can lead to respiratory infections. Damage to lung tissues can lead to pneumonia.

How is Sjogren’s syndrome diagnosed?

Sometimes the same blood tests which indicate other auto-immune diseases are used to indicate Sjogren’s, such as ANA, ESR, or Rf. However, some simple office tests can be used to get a more specific indication. There is a crude filter paper test in which a doctor uses paper to measure the moisture on the surface of the eye. A slit lamp exam provides a magnified 3-d scan of the eye, revealing damage caused by dryness. The Rose Bengal test makes dry spots and mucous abnormalities visible by applying a food dye to the eye. If necessary, more elaborate tests such as biopsies or x-rays can be done.

How is Sjogren’s syndrome treated?

There is no cure. Heard that one before, haven’t you? Often, the same DMARDs and Biologics used to treat Rheumatoid Arthritis are used to slow disease progression and to control inflammation in Sjogren’s syndrome. Additionally, there are self-care options to deal with the “leftovers.” Symptoms of Sjogren’s can be helped by treatments including prescription eye drops.

Listen to a doctor’s advice:

“Although it sounds rather frightening that Sjogren’s can affect other parts of the body, it is important to recognize that each of these problems is responsive to therapy if detected early and treated adequately. It is equally important to recognize that SS patients are not exempt from other common problems that may occur in these age groups. Thus, it is unfortunately too common that a treatable problem was delayed in diagnosis since the symptom was incorrectly attributed to SS. For example, the same symptoms in any other patient might have been readily diagnosed as a routine pneumonia, gall bladder stone, kidney stone or ectopic pregnancy,” ( from dry.org, Drs. Fox and Michelson).

In case you were wondering, Sjogren’s is pronounced “show grins.” I always said RA’ers were good-natured folk. 😀

26 thoughts on “What is Sjogren’s Syndrome?”