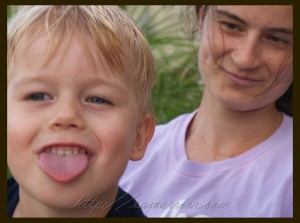 Why “complications of Rheumatoid Arthritis” is an irritating phrase

Did you read here last week about the newest standards for diagnosing RA ? One rheumatologist had commented about the existing RA diagnostic criteria that “Satisfying the 1987 criteria is bad news. No one waits till the disease becomes erosive to start disease modifying therapy” (Doctor Alan J. Stilman in a post on EGMN blog.) The mental picture of Rheumatoid Arthritis that most doctors, researchers, and writers still seem to have is reflected in those criteria:

RA is primarily a hand disease which causes swelling and deformity of hands and wrists, also creating a persistent state of inflammation which can be detected by Rf, ESR, and CRP. Eventually, Rheumatoid Arthritis can affect other joints or organs.

They are calling the actual disease a complication of the disease

I have heard the “hand disease” statement from doctors. This is also the picture of Rheumatoid Arthritis that most in the news media seem to paint. That is why they frequently use the phrase “complications of Rheumatoid Arthritis.” They seem to think that the hands are attacked first, then other joints – and then, sometimes, other systems of the body. They call any illness or deformity which actually reflects the complexity of the disease a “complication” of the disease.

However, as Dr. Silman affirmed, the RA of that picture is one that is more advanced: it is “bad news” because the disease has advanced enough that permanent damage has begun to occur. The hands which reflect obvious Rheumatoid Arthritis are not the hands of early RA. That is one reason that I have asked people to share their RA Onset Stories to begin to paint a clearer picture of early RA.

It’s not that complicated to grasp: these are secondary Rheumatoid Arthritis symptoms

If I’m driving to Walmart, and I get a flat tire, that is something that “complicates” my trip because it has nothing to do with the purpose of it. But if my long shopping list is the reason that I’m late getting back, that is not a “complication” because buying whatever’s on the list was the purpose of my trip to begin with. It’s not too complicated to distinguish.

Correcting the terms used to characterize RA may make a difference

Early Rheumatoid Arthritis is still difficult to identify because most do not know what to look for. I have begun to wonder whether hands are affected most obviously because they are most used. However, they may not actually be the first thing attacked.