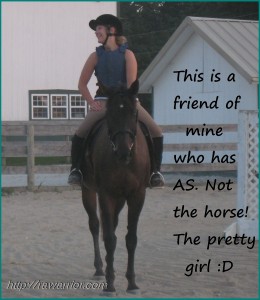 The Family Tree of Rheumatic Diseases

What is Ankylosing spondylitis?

Ankylosing spondylitis is an inflammatory arthritis that is in a category called spondarthropathy. Spondarthropathies mimic Rheumatoid Arthritis in several ways. However, they are generally seronegative and positive for a gene marker called HLA-B27. Other spondarthropathies include Crohn’s disease, reactive arthritis, and psoriasis.

Since AS is a systemic rheumatic disease, it can also affect the entire body. Often, this includes eyes, heart, lungs, and other joints. Commonly involved are knees, ankles, and feet.

How is Ankylosing Spondylitis different from Rheumatoid Arthritis?

Bottom line about RA and AS

Like Rheumatoid Arthritis, Ankylosing spondylitis is an invisible illness which disrupts lives. The entire course of a life can be changed by chronic pain, disability, and necessary medical treatments.