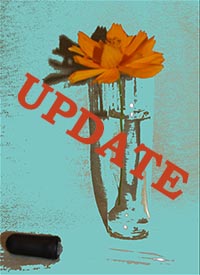 Probably the RAW article most often referenced is Blood Tests for Rheumatoid Arthritis, part 2 from over four years ago. People need answers to questions like:

My blood tests show I’m in remission, so why do I still have symptoms?

My doctor said I tested negative for RA, but could I still have it?

What is the role of blood tests in Rheumatoid Arthritis / Rheumatoid Disease?

First, there are TWO main reasons a Rheumatoid Arthritis test is important:

However, if you’ve read much of RAW, you know the test does not yet exist which can reliably do both things for every person with Rheumatoid Disease (PRD). The 2009 posts (part 2 above and Is there a blood test for Rheumatoid Arthritis? Part 1) are a primer for understanding four common tests used for PRD and their limitations. Here’s a summary:

1) Rheumatoid factor: the first antibody discovered to be commonly present with Rheumatoid Disease (RD), about 70% of the time. Rf is also present in many healthy people who do not develop RD. The percentage of people who show positivity for Rf increases with established disease. There are variations in the antibody that can be tested.

2) Anti-CCP or ACPA: a more recently recognized antibody commonly present with RD, and more specific to RD (so that there are fewer “false positives”). Between 70 and 90 percent of PRD are positive for ACPA.

3) Erythrocyte sedimentation rate or ESR: a test that measures the millimeters of red blood cells that fall in a test tube in one hour. ESR can be increased in pregnancy and in other conditions, including cancer, and often correlates with inflammation. The ESR is often normal in PRD.[1,2]

4) C-reactive protein or CRP: CRP is considered an acute-phase reactant because it can rise dramatically during inflammatory activity. CRP is considered a significant factor in heart disease. Several physical conditions or activities can impact CRP including smoking, diet, and obesity. The CRP is often normal in PRD.[1-4]

With the exception of a cure, a reliable RD test is the proverbial Holy Grail

With a reliable test we could rapidly diagnose RD or even what’s called pre-Rheumatoid Arthritis. We could treat with appropriate aggressiveness, and perhaps predict which treatment would work better on particular patients. In the long run, such tests would help us distinguish various subtypes of RD.[5-7]

A recent article by Ted Pincus[8] further clarifies the roles of two kinds of tests in PRD:

Pincus et al. compare Rheumatoid Arthritis treatment to hypertension, diabetes, and high cholesterol, which are also incurable, but are treated to target. However, they emphasize the big difference between RD and these other disease states:

RA differs substantially from hypertension, diabetes, or hyperlipidemia in that there is no single, gold standard biomarker (or any other measure) for diagnosis, management, or prognosis in all individual patients. Biomarkers are of unquestioned importance in RA to understand pathogenesis and develop new therapies: Biological agents would not be available without them. However, biomarkers are limited in clinical application to diagnosis, management, and prognosis of RA… Forty percent of new patients have normal erythrocyte sedimentation rate (ESR) or C-reactive protein (CRP), and > 30% test negative for rheumatoid factor or anti-citrullinated protein antibodies (ACPA).”

The difference is that we don’t have THE BLOOD TEST to emulate the treat to target model in RD. Look for more on biomarkers in the next post in this series.

BUT WE DO HAVE SOMETHING…

Pincus and colleagues have spent decades demonstrating that patient reported outcome measures (such as the HAQ and MDHAQ), in which the patient self reports disease status or physical function, are the most significant markers for “future quality of life and premature mortality in RA (are) not laboratory tests, radiographs, indices, or remission criteria.”

“If remission criteria were met by the majority of patients, support for expensive biological therapies in RA might be likely. However, because most people with RA are not in remission, other documentation of the value of treatment is needed. Patient global estimate and physical function are far more informative than laboratory tests, joint counts, radiographs, indices, or remission criteria to recognize improved RA outcomes. Routine collection of these quantitative data on patient questionnaires in the infrastructure of clinical care to document control to achieve more favorable values, rather than simple notation of gestalt impressions by the physician, would appear to be an intellectual and ethical responsibility to our patients with RA.” (Emphasis added).

PROMs are more reliable than blood tests, but…

A recently published study in Denmark found that patient global estimate (a PROM) was significantly related to outcomes, while CRP had no relationship.[3] But this is not new information: Wolfe concluded four years ago: “Myth 1. Normal values of ESR and CRP are meaningful in RA.”[2] Yet, most of the time, PROMs are not used in treatment for RD, which is a shame. But the biomarkers are clues to better treatments and a cure, so we’ll talk more about those next.

NOTE: Although I’ve told Ted Pincus his work makes him a hero to patients, and his co-author Yusuf Yazici is an RPF advisor, I have one reservation with the quoted article. The introduction states that “remission is now a realistic target in RA,” however this statement needs qualification. A low percentage of patients in the field achieve remission [9,10], so remission is now a realistic target theoretically or perhaps academically, but it should not be made as an unqualified statement.

The posts that started the discussion: WHAT ARE THESE TESTS WORTH?

18 thoughts on “Blood Tests for Rheumatoid Arthritis: What Is Their Role?”