Columbus Day and World Arthritis Day: Is There a Connection? | Rheumatoid Arthritis Warrior
Other
October 12, 2009May 17, 2018 Kelly O'Neill 1 Comment America, Encouragement for living with RA, Spondyloarthropathy 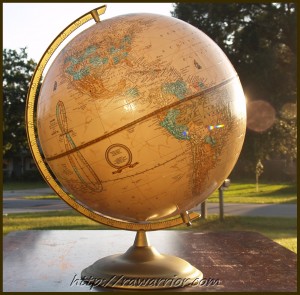 Five hundred seventeen years ago today, a dream came true. Christopher Columbus successfully crossed the Atlantic Ocean, proving that it was possible to sail west from Europe and reach the strange continents of the Western Hemisphere.   The discovery of the New World was the fulfillment of his life-long dream.

Although it took years for the world to understand the achievement of Columbus, his successful voyage was a pivot point in world history. As we celebrate Columbus Day, we are celebrating two things:

1) Dreams Fulfilled: Although his life was full of disappointment, persecution, and delay, Columbus’ belief that he could sail west and reach land never wavered. After six years of appeals to Spanish royalty, interruptions of the country’s wars and financial setbacks, and skepticism of his ability to succeed, Columbus finally left Spain forever, unfunded.  He would appeals to another government until he found support. When Columbus was four miles away, a speeding messenger of the Queen caught up to him to proclaim a Royal change of heart and ultimate support for his mission.

2) Our World Connected: Human history was forever altered that day. Adventurers, politicians, and financiers would soon take advantage of Columbus’ discovery. The change brought about by Columbus was comparable to the arrival of the internet age we have seen in our generation.

How is World Arthritis Day linked to Columbus Day?

The situation we face with arthritic diseases like Rheumatoid Arthritis is eerily similar to that of Columbus in two ways:

1) We have an extreme dream: We dream of a cure in our lifetime.  We face an ocean of unanswered questions about the causes and cures for arthritis and rheumatic diseases like RA, Lupus, Ankylosing Spondylitis, Psoriatic Arthritis, and Sjogren’s Syndrome, etc. We want the world to know the truth.

2) Enduring Frustration: The arthritis movements in our world face obstacles that are comparable to those of Columbus. In our search for a cure for Rheumatoid Arthritis (et.al.), we face indifference, skepticism, and lack of resources. Like Columbus, we are certain that our facts are correct: Our symptoms are not imaginary. Our disability is real. We are in grave need of a consciousness-raising in our world.

It has only been a few decades that Rheumatoid Arthritis has had a name at all. And it is one which is unclear and misleading. There are not sufficient standards for diagnosis. Remission is improperly defined. Public awareness is appalling. Many doctors do not recognize the disease. And of course, there is no cure yet.

But we are not giving up. The messenger may be only four miles away.

Part 2: What kind of Arthritis Did Christopher Columbus Have?

One thought on “Columbus Day and World Arthritis Day: Is There a Connection?”