Shortages of injectable methotrexate began in 2010 and some sources say may continue through 2014. Many have been surprised that shortages of such inexpensive generic drugs could take Americans by surprise and continue for such an indefinite period. Finger-pointing at the FDA and drug companies is probably the one thing that has not been a surprise.

Over the past year we’ve heard regular reports from patients having problems obtaining injectable methotrexate. Some find alternate sources; some switch to oral methotrexate; some quit taking the drug. Only one thing has been certain throughout this crisis: confusion.

Methotrexate is a half-century old chemotherapy drug used as treatment for autoimmune diseases and several cancers. NIH is also conducting clinical trials investigating methotrexate as a treatment for certain types of cardiovascular disease.

According to Pharmalot, a US House of Representatives Committee on Oversight and Government Reform blames the current FDA oversight process for the drug shortage crisis. It is hard to imagine how such life saving medications could be in such short supply for such an extended period. Two FDA spokespersons I talked to were quick to say that the FDA is powerless and not to blame since they have no power to force companies to produce drugs or maintain a certain amount of any product.

In defense of FDA, factory shutdowns were ordered after some horrifying conditions were observed in some cases. To help relieve the crisis, FDA also approved imports of methotrexate from Australia earlier this year. FDA also cites lack of resources to hire enough reviewers to adequately inspect facilities and analyze new applications.

Since methotrexate is such an inexpensive drug, many have blamed pharmaceutical companies for not producing more of it, saying there is little profit in methotrexate production compared to newer medicines. Ironically, Ben Venue Labs is owned by Boehringer Ingelheim Pharmaceuticals which makes 5 of the top 200 drugs by U.S. sales, including Spiriva, Flomax, and Combivent.

Last winter, police investigated after a ten gallon can of urine was found in a storage area of the Ohio facility. This, after mold and rust had been found previously. There’s obviously no excuse and or sympathy from the public when such lines are crossed and patients suffer needlessly.

Sorting out reasons for the methotrexate shortage 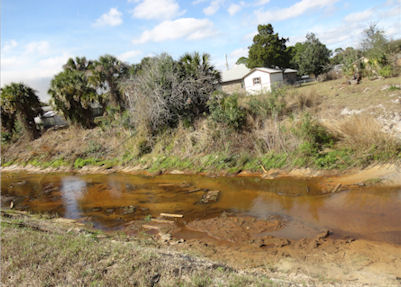 It’s no surprise the media has repeatedly ignored the fact that most Rheumatoid Arthritis / Rheumatoid Disease patients are prescribed methotrexate when the “cancer drug” shortage is reported. Between 1.5 and 2 million people in the U.S. have RA and most are prescribed methotrexate, a majority of those remaining on the drug a for a dozen years or more. PBS is one of dozens of examples that I’ve seen which entirely fails to mention the hundreds of thousands of Rheumatoid patients taking this drug (although not all on an injectable form).

What have you experienced or read about the methotrexate shortage? This is an extensive, complex, and ongoing story and there is still more to report. If you have new information about obtaining of methotrexate or updates on recalls, please comment on this post so others can use as it a resource.