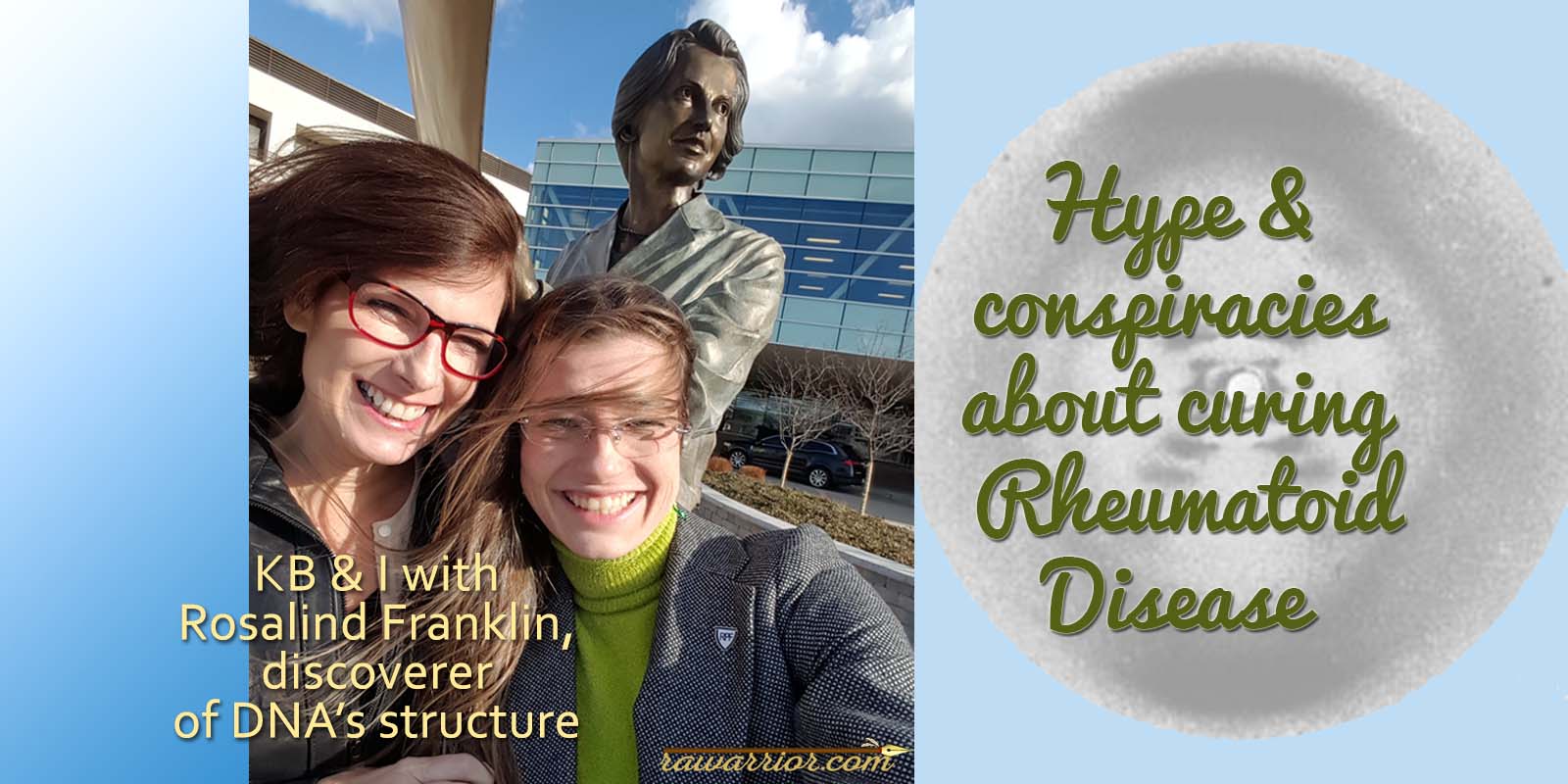 Are we curing rheumatoid arthritis in mice? 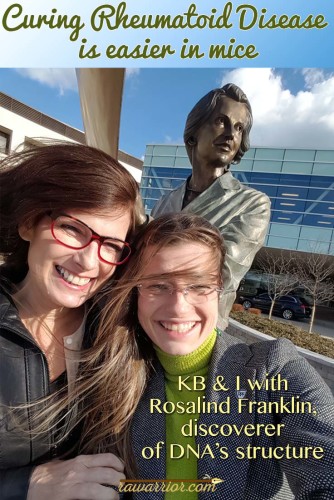 This post is in response to a comment from Robert about a new way for curing rheumatoid arthritis. He wrote: “A university in Switzerland has cured RA in mice, as of August 2014. Clinical trials in humans were due to start this year. Not a word since. [Link to article]. Too much money in treatment?”

The Science Daily article that interested Robert, Curing rheumatoid arthritis in mice: Antibody-based delivery of IL4, discusses tests of a new molecule which could be developed into a treatment for rheumatoid arthritis (RA) / rheumatoid disease (RD). The pharmaceutical investigators were testing the new IL-4 immunocytokine molecule, which they are calling Tetravil, in mice. Remarkably, the researchers administered the experimental “drug” in combination with a steroid (dexamethasone), paralleling the practice of improving outcomes in many human RA / RD drug trials.

Sensational headlines make this article and the quoted press release guilty of the same hype as many medical media articles. First, if you read the whole report from the investigators, you’ll see they never actually cured RA (more on that below). Second, this would NOT be the first time RA / RD was cured in mice. There have been many dramatic claims about cures, and I’ve often urged caution to readers.

Although Robert has heard “not a word since,” it appears two authors of the Swiss study on IL-4 (Neri and Hemmerle) have been busy at work. You can read a recent article on their progress here: Targeted IL-4 therapy synergizes with dexamethasone to induce a state of tolerance by promoting Treg cells and macrophages in mice with arthritis. And the company they work for, Philochem, continues its effort to design innovative medicines for RD and other diseases.

What does curing rheumatoid arthritis in mice mean? 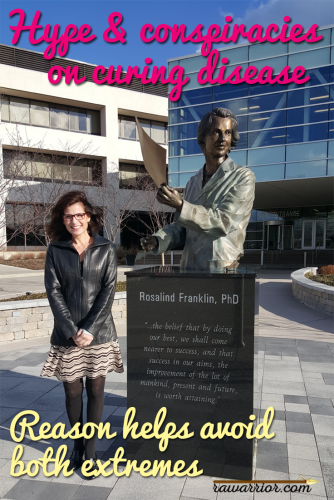 A friend of mine who worked in drug development for many years once told me “It’s easy to cure mice.” So I asked my daughter KB, who works in a lab herself as a PhD candidate in Microbiology and Immunology to explain why cures for men don’t necessarily follow so-called cures in mice.

Time and again we hear that cancer, lupus, RD, or other diseases have been “cured” in mice. When scientists stop the progression or even bring about complete cessation of symptoms of a disease in mice, a few things must be kept in mind.

First, although it sounds rather obvious, mice (or other animal models) are not human. Although mice share an average of 85% of their genome with humans (one of the reasons why they are a good research model), they are different creatures altogether and direct analogies cannot be made.

Second, the model diseases are not the actual diseases. Take, for example, one model of RD, collagen-induced arthritis (CIA). While CIA does produce joint swelling and destruction and mimics many of the same symptoms as RD, it is an induced disease process which cannot be the same process as real RD.

Curing rheumatoid arthritis in mice has other limitations

Research is progressing to develop better mouse models; however a perfect model is not possible until we discover the exact cause of RD. Another thing to keep in mind is safety. Solutions for some diseases that were deemed safe in mice have been discovered to be dangerous to humans in the long run. Finally, although we must keep these precautions in mind, research using mice models and model diseases has led to development of treatments which are life-changing to many people.

Conspiracies about hiding cures for RD

Robert suggests there’s no progress in curing rheumatoid arthritis because there’s “too much money in treatment.” It reminds me of the many posts on social media claiming the cure for RA / RD is being hidden by pharma companies. We need to appreciate that cure-hiding conspiracies are often promoted by industries that make big bucks themselves. I don’t support cynicism on either side of the argument. Most conspiracy theories are silly because they’re just not logical or practically realistic. Here are 10 clear reasons why from The Credible Hulk.

Please click here for a recent personal update about the legal case, etc.

It’s a few years old, but it covers the basics of why we don’t have an RD “cure” yet: Why do we not have a cure for rheumatoid arthritis?

Read the complete text on “curing” mice with collagen-induced arthritis (CIA): Antibody-based delivery of IL4 to the neovasculature cures mice with arthritis

6 thoughts on “Curing Rheumatoid Arthritis in Mice and Men”