This post was inspired by the article Patient Advocates: Flies in the Ointment of Evidenced Based Care by Jessie Gruman at Health Affairs Blog. Patient advocacy and evidenced-based medicine are both intimately entwined with several matters in rheumatological care, but first a word about flies.

A tug of war between medical evidence and advocates? 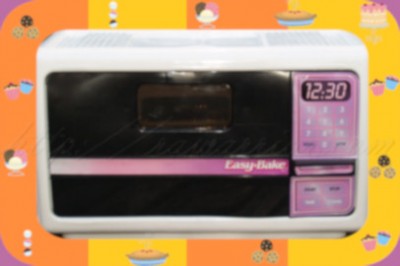 Jessie’s post considers the clash between 1) patient advocates who promote exceptional care for all victims of a disease, and 2) the conflicting ideal of reliance upon established scientific evidence by those who try to fairly administer health care policy or health care itself. “In past decades, the aims of advocates have frequently been at cross purposes with those of government officials charged with balancing a national research agenda.” At hand was the US Food and Drug Administration’s withdrawal of its approval for Avastin as treatment of advanced breast cancer and the fever pitch of emotion that came with it.

Did you watch any of the coverage? I agree that media tend to focus on the emotional side of issues like Avastin. Yet, the last comment by Steven Walker made a point that is significant with regard to RA: Sub-types of the disease and genetic differences make one-size-fits-all treatment impossible. Unfortunately, unlike cancer, RA doesn’t even have any of its sub-types classified yet. All RA treatment today is still trial-and-error, though evidence that subtypes do exist has begun to trickle out.

Evidence in the case of the 9/11 workers with cancer

Also in the news are the cancer-patient 9/11 World Trade Center (WTC) responders. Patient groups representing first responders from 9/11/01 are convinced that there have been an abnormally high number of cancers in previously healthy people. Several forums are full of anecdotal evidence. They believe that exposure to toxins such as asbestos in airborne debris contributed to their cancers. However, a committee who manages funds for health care claims of 9/11 WTC responders won’t add cancer to the list of compensated conditions because they don’t have evidence that WTC debris causes cancer.

The list for continued coverage does include asthma, acid reflux, carpel tunnel syndrome, and sleep apnea which some 9/11 cancer patients point out are illnesses which are far less costly to treat than cancer. However, a study has found “very little” evidence that exposure at Ground Zero caused cancer.

Evidence outweighs hunches and sympathies. But is it sufficient?

“‘Insufficient evidence exists at this time to propose a rule to add cancer, or a certain type of cancer,’ to the list of diseases that qualify for aid under the James Zadroga 9/11 Health and Compensation Act, the report said. The report said only one peer-reviewed article was published on the subject in 2009 and two others were based on models to estimate the risk of cancer. ‘These limitations in the exposure assessment literature make scientific analysis of a causal association between exposure and health effects, such as cancer, quite challenging,’ it said” (Associated Press).

There is not enough evidence that the WTC debris caused cancer, but there turns out to be very little evidence period. How often are people exposed to similar events in order that we might study what they cause? One title summed the dilemma perfectly: 9/11 Cancer Study Pits Scientists Against First Responders. At least that’s how it seems.

Evidence is not the same thing as truth

Judgment is always required to decide whether particular evidence pertains to a situation. Data can certainly be incomplete. Or evidence can be misunderstood. Ask any judge.

As science advances and more facts are exposed, positions have to change with them. That’s why we wash our hands to fight infection instead of using leeches. Yet we don’t always know what we don’t know.

If only we could wrap the golden lasso of Wonder Woman around the evidence to make it tell the truth.

Turning to rheumatology, consider the Pyramid treatment scheme (more recently called the Step-up Approach) used by some rheumatologists who believe that they are either conserving resources for the good of the system or shielding patients from harmful side effects. Treatment is delayed while doctors wait for evidence of permanent damage. But what of the evidence demonstrating that Rheumatoid disease may have a narrow treatment window in which treatment response is more likely, if applied aggressively enough?

Meting out care based upon evidence should require the considerable proof of its validity that we don’t have with RA. I could write all night long about the problems with establishing evidence as it relates to RA diagnosis, treatment, and monitoring of unique patients. In large part, the problem is due to the dearth of research related to actual effects and consequences of the disease in patients. With RA, some evidence is inadequate and its application flawed; there has been little correlation between genetic data, physical symptoms, and blood indicators.

The science train has not yet arrived to rescue RA patients standing at the evidenced-based medicine station. In clinical trials, the best clinicians use the best methods to assess RA, but in typical practice, these are real problems:

Evidence-based medicine puts a burden of proof on RA patients that defies logic. How does one prove symptoms such as pain, stiffness, and fatigue? Patients resort to photographing swelling because their word is not sufficient, but photos are sometimes discounted. Rheumatologists like Dr. Ted Pincus who investigate assessment of patient index data and recognize patient outcome measures as scientific evidence become heroes to patients who need accurate assessment and effective treatment to fight a disease that can cause disability or lead to early death.

In the next few years, if purposeful correlations can be established with tests like the new Vectra DA test, they may become significant in RA treatment. On a distant horizon we look forward to targeted therapies. Meanwhile, some doctors borrow principles from endocrinology, where blood tests provide realistic measurements of disease activity or treatment effectiveness. However, blood tests commonly used to measure RA systematically underscore (or overscore) disease activity at a rate over 200%.

Why do I get so many letters from patients like this: “Why are my symptoms worse when my rheumatologist says my labs show the disease is in remission?” The reason is that there aren’t any lab tests that can show any such thing, yet. When it comes to RA, I’m wondering whether “Evidence- based medicine” becomes the “Easy-bake oven” approach (not quite real).

Postblog: As this was being posted, an Arthritis Research and Therapy editorial was published recommending monitoring of immunogenicity to RA treatments. Methods for such monitoring are not yet widely available, but this would represent a good step toward the pertinent use of evidence in RA treatment. Patients often become immune to treatments and some are told their failed treatment response proves they never had RA. Evidence says otherwise.

35 thoughts on “Evidenced-based Medicine or Easy-bake Oven: Tension Between Evidence and Reality”