I thought it was brilliant the other day when a commenter called RA “the ghost disease.” It’s true that many RA myths persist and that researchers don’t yet know exactly how Rheumatoid Arthritis works. Which joints can be affected? Is there a nutritional cure that we are overlooking?

Confusion about RA is perpetuated in plenty of ways.

One thing is certain: Studying and listening to patients who live with RA is one key to solving mysteries about RA.

Patients have sometimes wondered aloud whether Remicade treatments contribute to weight gain, especially since RA disease activity tends toward weight loss. This spring, a study on infliximab (Remicade) “showed that anti-tumor necrosis factor-alpha (anti-TNF-α) infliximab therapy is associated with an increase of body fat mass in early rheumatoid arthritis (RA) independently of changes in disease activity and levels of leptin and adiponectin.” The patients who had been claiming “Remicade made me gain weight” had been correct all along.

The report seems to imply that other TNF- α blockers (like Enbrel, Humira or Simponi) could have similar effects. Apparently, TNF- α blockers influence production of a hormone called ghrelin, the level of which has been implicated in Rheumatoid cachexia (wasting due to disease activity) and obesity. 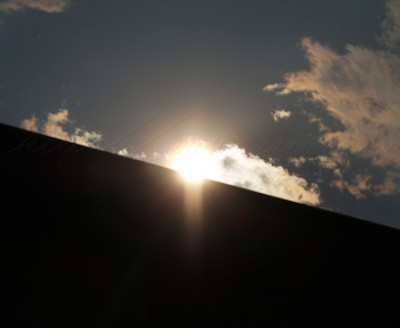 Patients have suspected that methotrexate causes a temporary increase in joint pain. You can find this question appearing in forums over many years if you search it with Google. Since I haven’t experienced this side effect, I wondered whether it was psychosomatic. (That’s not an insult; I have nausea before I do my shot every week or whenever I smell rubbing alcohol. Hat-tip to Pavlov.)

According to page 2 of this methotrexate information sheet from the Australian Rheumatology Association, methotrexate can cause temporary increase in pain in muscles and joints. But, I didn’t hear it there first! I realized it was a recognized side effect when rheumatologist Dr. Akerkar commented here that he had come to believe in the methotrexate pain side effect specifically because so many of his patients had told him of it.

That’s the way it should work. The doctor pays attention to what his patients experience and learns from it, becoming an even better doctor, and even better able to help patients.

Patients hold clues about what causes different treatment responses or different disease courses. Patient experiences will be vital to organizing all the different types of evidence about RA. Paradox has been the byword for Rheumatoid Arthritis for a long time. Basic RA information is often unknown. We heard a cardiologist who now researches RA say that he hadn’t even known that RA affects the heart until he was brought into RA research just two years ago…

But someday I bet we’ll even know why some patients are better in hot or cold weather. That’s not a rheumor, is it?

More about Orencia in a subcutaneous injectable version.

Another study showing no increased cancer risk from Biologics.