Acetaminophen in prescriptions limited to 325 mg 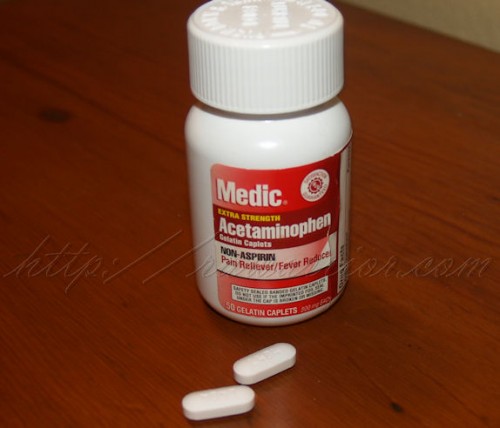 Last week, the United States (US) Food and Drug Administration (FDA) reduced the amount of acetaminophen allowed to be used in prescription pain medicines. Currently, narcotics can be combined with up to 750 mg of acetaminophen. The new limit will be 325 mg.

That means the Lortab that I sometimes rely on won’t be sold in its current form. Other brands will have to make changes too, such as Vicodin and Lorcet. Companies will have three years to complete the changeover so that there will not be shortages of pain medicines, according to the FDA press release (video below).

New limits are based on concerns for liver safety.  Box warnings will also be strengthened. Acetaminophen is a leading cause of liver failure.  A high percentage of acetaminophen is managed directly  by liver, over 90 percent in many people.  Some believe that is why, on its own, acetaminophen is not a very dependable pain reliever. My own kids always joked about “Tylenol, the Placebo.” I’m guessing that our family genes are on the higher end of that continuum.

This move by the FDA comes on the heels of withdrawing of propoxyphene, best known as Darvon or Darvoset, in November due to fears that it may be associated with heart arrhythmia. The New York Times reported that 10 million Americans took propoxyphene last year. I assume that many will need to find an alternative pain reliever this year. Many patients have expressed concern about the insufficiency of options available for pain control.

Do you take prescription pain medicines?

Personally, I was surprised recently when I was prescribed a higher dose of pain medication for a pain not associated with RA. During the days I took that higher dose, I had the first almost pain-free moments in five years. Of course, I could not continue at that dose since it made me far too sleepy. However, I’m still sorting through all the feelings I have about that realization and what it means for my treatment.

I’d love to hear what you think about this. Reminder: neither the posts nor the comments on this site are considered medical advice.