This is a managing illness story that’s currently unfolding. A lot of people with Rheumatoid disease also have thyroid disease. I’ve been a thyroid patient for over 30 years, but I seldom discuss it because it was so well managed until…

Getting the right thyroid medication dose

Thyroid medication doses are very individual. Levoxyl comes in 11 different pill doses that can be split or combined. And that’s just levothyroxine (T-4). And there’s another brand, Synthroid. Plus, there is T-3, the active form of thyroid hormone, Cytomel (or liothyronine generic). Here’s my story:

A chronic illness is hard work. The hardest thing is getting the precisely correct medication for the right diagnosis that works perfectly with your system.

Until the hardest thing is actually getting that medicine.

I’ve never experienced the former with Rheumatoid disease. I think I had a brief slight response to Humira, but the rest were as good as so much fruit juice. But, my thyroid disease has been well controlled for the last several years. In the past, my thyroid levels were life-threateningly high or low enough to induce thyroid coma (for those who know those labs, that was a TSH of 478).

Thanks to a good endocrinologist (after four who had no idea how to help), my thyroid has been easily managed the past 6 years – so much so that my doc told me last month to just check in yearly to be sure the prescriptions are still right. Sometimes I say I can’t imagine what it would be like to have relief from RA, and that’s true. But I do know somewhat, actually – since my thyroid has been treated so successfully in the past few years (I’ve had thyroid disease since I was 15).

Generic thyroid medication – no, thank you

If you have or treat thyroid disease, the first rule of thumb you learn is, “If the disease is stabilized, don’t change thyroid medications, and never let the usual brand be substituted.” Generic brands can vary up to 20% and still be sold, according to FDA.

Levoxyl recall in a perfect storm

A month ago, I had no idea what was in store.

1) When a generic for Cytomel finally became available, the mail pharmacy I’m forced to use sent me a generic instead. I noticed it was stronger and began cutting the thin wafer pills in half last year, with my endocrinologist’s blessing. Then this year, they sent a different generic – a thick pill – that’s noticeably less effective. Hello, lower metabolism and all of the symptoms that come with it. I was trying to figure out what to do about that when…

2) I got a letter from United Health Care saying, “You don’t need Levoxyl because it costs more. Generic drugs work just the same and we’ll send you some since it costs us less.”

3) I learned that Pfizer had announced a shortage of Levoxyl (with a rumor of a packaging issue, whatever that means). That day, I spent several hours reading articles and learned that after Pfizer bought the company that made Levoxyl, King Pharmaceuticals, they were closing plants where Levoxyl was made in Florida and Tennessee to consolidate. That day, the word was Levoxyl might be available in June. Last week, the FDA updated its sites to say they expect it to be available in 2014. There is more information now from Pfizer on the Levoxyl site: complaints of an odor caused by “an oxygen-absorbing canister” inside bottles led to a recall. 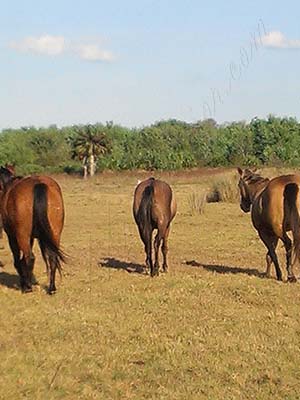 4) That day, I spoke 5 times with the mail order pharmacist. She was determined to help me get the better generic of liothyronine (generic Cytomel) and some real Levoxyl before it was all gone. She still had some doses in stock and agreed to request a prescription for an unusual combination of Levoxyl doses that I could split and combine to get the dose I need. All we needed was my endocrinologist to sign off on it.

5) My endocrinologist was on vacation for the next seven days.

6) By the time my endo doc got back from vacation, my insurance had changed pharmacies and all of that work was lost.

7) I had several calls with the medical assistant to the endocrinologist. She offered to get a generic prescription with the new pharmacy and I explained that not only was I worried about changing brands, which means changing doses in an unknown direction, but Levoxyl is also the only brand that doesn’t use lactose as filler. I’m highly lactose intolerant.

8) I made some calls to the insurance company and the new pharmacy, with no help.

9) Out of the blue, two bottles of funky doses of thyroid medicine arrived. Opening the bag, we found the two bottles that said “Take 1/2 a tablet daily,” but they were GENERIC. The only point of getting the funky doses was so that I could stay on Levoxyl. This is 40 bucks of lactose-laced medication – money down the toilet.

10) I still have the wrong generic Cytomel too. I’ve no idea what to do next.

It’s so much work to manage illness. It takes so much time out of your life. But I can’t give up – I remember how sick I was before my meds were right. I remember losing 10 lbs. in one week, eating even in the middle of the night to stop the hunger pain, with a resting heart rate over 120 for two weeks. I’m afraid changing these medications could awaken my autoimmune thyroid disease again.

Lame answers from the FDA on generic drugs

This pitiful FDA page on generic drugs says, “FDA does not allow a 45 percent difference in the effectiveness of the generic drug product,” but does not say what percent they DO allow. Several people, including industry representatives and pharmacists, have told me it’s 20%.

The same pitiful page gives ONE footnote for this claim: FACT: “Research shows that generics work just as well as brand name drugs.” The one footnote is a single cardiovascular generic drug study in 2008. Imagine if a patient blogger made such a broad claim based on a single source.

Most generic drugs are probably fine. We use generics every day for antibiotics, NDSAIDs, and other things. But an unknown dose variance in a daily thyroid drug, when your life depends on it, is different.

Apparently variance with generic drugs can have dire consequences with seizure drugs too.

Luis Treacy at Health Guidance agrees: Generic Versus Brand-Name Drugs. “Those claiming it’s dangerous to switch from one version of a drug to another are deceiving the public. The only exceptions are a few “critical” drugs that have a narrow range between blood levels that are ineffective, effective, or toxic. These drugs include digoxin (Lanoxin), levothyroxine (Synthroid, Levothroid), and warfarin (Coumadin). For this small number of drugs, blood levels should be monitored when patients switch from one formulation to another.”