Courage in the blood. 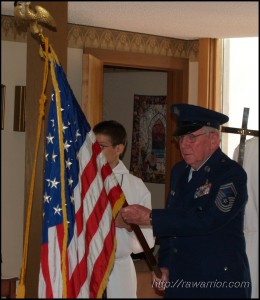 Today we remember the American servicemen who gave up their lives in order to protect our lives. We remember in humility and gratitude because we enjoy so much at their expense. We realize that we could probably not do what they have done in our behalf—and in our name—as Americans.

I am mindful of numerous generations in my own family which served in the various armed forces—all the way back to the American Revolution. I cannot thank them for what they did for me. So, I thank God for them and for giving them the courage to do what they did—to fight and die to make and keep us a free nation.

Americans have a lot of national pride. And lately that’s become a bit controversial. But, what is the source of that pride? In part, it is the memory of these Soldiers, Sailors, Airmen, and Marines. We swell with pride on their behalf whenever we remember them. We are proud of what they did and who they were.

They obviously believed that America and her ideals were worth preserving. Their lives and deaths testified to that. And the testimony that they left us is quite compelling.

My own dad was a United States Marine. He helped instill in me a love for my country and for the military. Even as a child, I was awed by the honor, discipline, and commitment of those men and women. I have always wanted to be like them.

I hope that I will always fight whatever battles that God gives to me with that same guts and courage as a Marine. After all, that fortitude is inside of my blood as much as the RA is. That mental toughness that I admire is part of my inheritance, too.