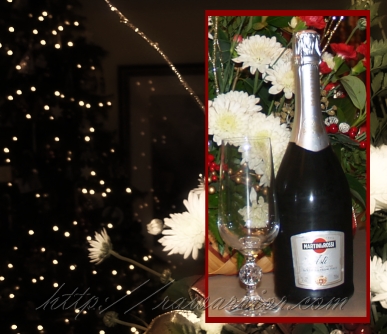 RA Medicines were a gift

The day I finally met the good rheumatologist, I was given several prescriptions. But, they weren’t Christmas presents. They came with stern warnings. Do not get pregnant; do not drink any alcohol… the regular drill.

At that point, I was scared stiff. Well, I was stiff already anyway. However, I was also scared. I was not scared of the medicine; I had learned enough about rheumatoid disease that I was more scared of the disease than anything else.

RA had disabled me almost instantly and I lived with more pain every day than many people will ever know. RA had taken my grandfather also. I knew I wanted the best medicine I could find. Whatever the RA specialist told me to do, I did. There was no complaining, no arguing, and definitely no drinking.

Although my rheum doctor stipulated that I not drink at all, many RA specialists in the US follow this rule of thumb which you will find stated in many places: consume no more than 2 alcoholic drinks per month. In Europe, it is more liberal. People with rheumatoid disease (PRD) are often given the limit of 2 drinks per week.

I’ve been wondering what the truth is. Does anyone know whether it is safe to consume any alcohol while being treated with methotrexate for RA? What is the risk to the liver? Do they study these things?

Hidden among the other blockbusters from the American College of Rheumatology (ACR) scientific meeting last October were two reports regarding alcohol and methotrexate. Rheumatoid Arthritis patients use methotrexate more than any other drug. And many of them consume alcohol. So, I’m glad someone is looking at this.

One study of almost 900 PRD demonstrated an inverse relationship with alcohol consumption to both incidence and severity of RA. This confirms something which has been shown previously: “Alcohol associates with a lower risk for rheumatoid arthritis.” There is no implication of causality. The researchers did conclude that further study is needed.

A second study presented at ACR examined methotrexate-taking RA patients classified as alcohol “drinkers” and alcohol “abstainers.”They found “no difference in the percentage of drinkers (34%) and abstainers (34%) having at least one abnormal LFT (liver function test) result.” The “drinkers” tended to report less pain. It was concluded that further study is necessary, acknowledging that many PRD taking methotrexate do continue to drink.

Can PRD on methotrexate drink moderate amounts of alcohol safely?

Like so many other decisions people have to make, risks and benefits must be weighed. There are often medicines in addition to methotrexate to consider, which can react with alcohol or have a compounding effect. There are also past history of alcohol use and health of liver to consider.

Postblog: I read several articles preparing for this post. This made me laugh out loud: a young columnist on a how-to Q&A site wrote, “Never” consume alcohol if you take methotrexate. Over in the corner I noticed a list of her other articles. One was called How to Dye Part of Your Hair Blue. I decided I better  find a more  scientific site.

Note: other articles relating to alcohol will be tagged Alcohol and Rheumatoid Arthritis. Please check that tag.

113 thoughts on “Methotrexate and Rheumatoid Arthritis: Is Alcohol Consumption Safe?”