1) Ibuprofen beats acetaminophen & a combination of both in knee pain 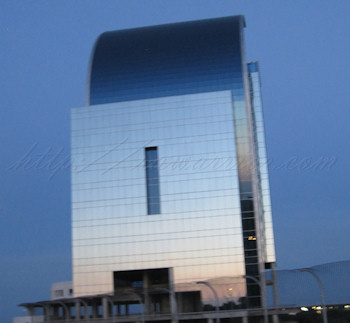 Thanks to Dr. Kirsch for Tweeting this fantastic editorial about an arthritis pain relief study in the Annals of Rheumatic Diseases last week. The column highlights data in a new long-term study of the two most popular over-the-counter pain relievers (ibuprofen/Advil/Motrin and paracetamol /acetaminophen /Tylenol). The study is praised because it “reveals many new and important findings which should be the basis for reconsideration of the treatment of musculoskeletal conditions with over-the-counter (OTC) analgesics. It may turn out that many of our widely-held beliefs and assumptions are wrong and that the recommendation for our patients needs to be changed.”

Remarkably, this little table shows that “the high-dose combination (both drugs) was superior to paracetamol alone for pain relief, but was not superior to ibuprofen alone” on day 10.

In addition to questionnaires, patients were asked about “acceptability of pain in the past 48 h determined by asking ‘Thinking only of the pain you felt in your knee during the last 48 h, if you were to remain with that pain for the rest of your life would that be acceptable to you?’” The test group was about 900 people with arthritis of the knee.

Read more about comparing ibuprofen, acetaminophen, and combinations for arthritis pain in the original 5 year study.

This decision is no surprise. It comes after a study comparing Orencia IV with a 125 mg subcutaneous dose: the ACQUIRE trial (Abatacept Comparison of Sub(Qu)cutaneous vs. Intravenous in Inadquate Responders to Methotrexate), a Phase 3 trial of over 1,400 patients.

Although the approval was only a few weeks ago, the company reported their positive results about Orencia sub-Q  last fall.

Many questions can be answered by reading the Orencia package insert, including description of pediatric dosing.

Read more about Orencia and the ACQUIRE trial on Drugs.com

Note: We discussed this on Facebook a few weeks ago immediately after I got a press email from someone representing Bristol-Myers Squibb. I’ve been working on a more detailed post, interviewing one of their research doctors, but wanted to make sure you all had this news. I’ve heard a couple patients discontinued successful Orencia treatment when their doctors quit using IV medications.

“In vitro diagnostics company Axis-Shield has received the US Food and Drug Administration (FDA) 510(k) approval for its anti-CCP Elisa kit for the diagnosis of rheumatoid arthritis. The new kit increases the assay range and contains changed components for reduced manufacturing costs and improved margins.”  Perhaps the tests will be more sensitive. Either way, it’s vital that GP’s learn to order them since this is the most specific and earliest indicator of RA and severity of Rheumatoid disease.

Read more about the Bio-Rad / Axis-Shield and their new anti-CCP test.

Some studies have revealed the silent nature of RA heart disease so hurray for any about clues for reducing heart disease with RA. This one, “Cardiovascular events in early RA are a result of inflammatory burden and traditional risk factors: a five year prospective study,” followed a total of 442 newly diagnosed RA patients in northern Sweden.

Their conclusion: “The occurrence of new CV events in very early RA was explained by traditional CV risk factors and was potentiated by high disease activity. Treatment with DMARDs decreased the risk. The results may have implications for cardio-protective strategies in RA.”

Read the full report of the study of cardiovascular events in RA.