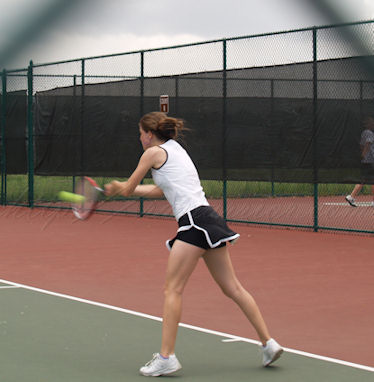 We had an interesting conversation on Facebook yesterday about the Venus Williams’ Sjögren’s syndrome diagnosis (actually 5 of them by day’s end). Some were wondering whether the diagnosis of another famous person with an autoimmune (AI) disease will help bring awareness for RA. Probably not. Why not?

Guess what happens if you Google “sjogrens” now? Just like that. The top result is a photo of Venus with a Time article about Venus’ diagnosis. I find it fascinating that they say Sjögren’s is so rare and then explain it by comparing it to lupus (SLE), a disease just as rare. By the way, Elizabeth Cohen on CNN does the same. (Don’t miss this chart from Mayo Clinic showing how common or rare Sjögren’s and other AI diseases are in men and women.)

Why isn’t RA mentioned, when not only is RA similar to Sjögren’s, but also a large percentage of RA patients actually have Sjogren’s syndrome as well? As a matter of fact, half of the time, Sjogren’s occurs with another autoimmune disease, usually RA. Why not explain the rare disease in terms of its common cousin RA, over four times as common as lupus or Sjögren’s?

Because it wouldn’t do any good. No one knows what Rheumatoid Arthritis is. Isn’t it that thing that everyone has a touch of?

Do we really need our own Venus Williams for RA?

There is a lot of concern and awareness for Sjögren’s, lupus, spondylitis and other AI arthritis conditions with organizations with budgets in the millions (or hundreds of millions) of dollars spent on public awareness campaigns, research, and patient outreach. RA has some catching up to do. But we won’t do it by taking some of the sympathy that Venus generously deserves.

Sometimes I hear, “We need a famous person to have RA.” My response is this: we have RA already. Let’s put it on the healthcare map ourselves. Instead of a famous person getting RA, we’ll just make RA famous. We’ll be our own celebrities.

I didn’t want to blog about the Venus-Sjögren’s news. And then I watched this interview: “Venus Williams Opens Up on Illness: Tennis star explains Sjogren’s syndrome that made her drop out of U.S. Open” on the ABC News website. I got a bit choked up like I was reading a testimony from someone with RA. Venus said:

I remember saying the same thing. I really hope so still. For Venus and for me.

Postblog: After the Venus video, the ABC website auto-plays a video of Dr. Richard Besser explaining more about Sjögren’s syndrome. He says patients can have “a normal lifespan” or “symptoms can be quite debilitating.” This whole thing is curious. She’s such a beautiful woman. Why didn’t anyone say, “But Venus, you don’t look sick”? Maybe because we already know Venus; so we know she’s not a pansy. See what the interviewer says: “You have been an athlete who has never once complained of injury or illness. You let your playing do your talking.”

So Venus is believed – the way my friend Leslie believes me. She believes me more than anyone who doesn’t know me can believe me – because Leslie really knows me. She knew what I was like before RA changed my normal.