This is one of those rare posts about my personal medical journey, a Professional patient post. That’s kind of a warning in case I use the word “I” too many times to be polite. 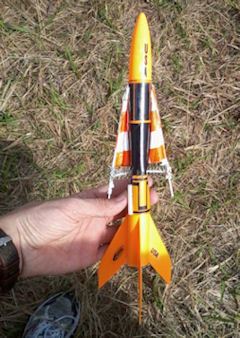 It’s crunch time. No one can decide but me.

About a year ago I hit the end of the line with my rheumatology care. Dr. Smart, who we greatly appreciated had stopped my Actemra and told me to wait for a new drug to be approved. I was to stay on methotrexate “in case it helps somehow” and wait. I’d begun to investigate clinical trials to see whether I might be able to get another treatment that way, but Dr. Smart warned that trials would not accept my almost always “normal” CRP. The more I learned from research and other patients, the more I wanted to get a nuclear bone scan added to my chart – some evidence of inflammation to offset the normal CRP.

I didn’t want to accept that nothing else could be tried to try to stop the rheum monster. It’s hard to accept every day just a little bit worse year in and year out. I can stay positive mentally, but what good does that do my body as the slide continues? And damage of some kind continues unchecked.

Last summer I found a way to try Rituxan! I found a clinical trial for a faster administration of Rituxan, already approved to treat RA. That meant that CRP would not be required – no RA examinations are required at all – only a negative pregnancy test. And THAT I can readily produce.

Speaking of peeing in a cup… within a couple weeks of my first round of Rituxan last September, my Dr. Good GP ran a urine culture with a bunch of blood tests in a regular physical (one reason I call him good). It showed two types of infection. And by the time Nancy and I got back from Philadelphia and the nurse reached me, I’d developed symptoms.

Since then, I’ve been through several rounds of antibiotics without success. Eventually, Dr. GP suggested hospitalization for IV antibiotics. The clinical trial nurse responded when I mentioned hospitalization for an IV antibiotic: “THAT would be a serious adverse event for us.” This week, I was ready to choose the hospital anyway. Since October, I’d failed test after test, even after antibiotics. Finally, yesterday, I had my first clear culture. So I’m finally infection-free.

(Aside: if you’re reading and you don’t have RA or it hasn’t gotten to your hands yet, it’s REALLY hard to pee in a cup. It’s more like peeing all over your hand and hoping enough gets into the cup for the lab.)

Meanwhile, whenever I’ve mentioned the six-month infection, with bladder pain and fevers, no one seemed very worried. Do lots of people have infections that last months and it’s no big deal? I just never did before, so I didn’t know. The idea of an infection with an immune-system disease and the Rituxan kind of worried me a bit. I took every precaution I knew of – taking only one five-minute tub bath in the past six months, drinking extra fluids, taking cranberry capsules…

Maybe you are guessing what’s next: my decision. The Rheumatoid disease has been indifferent to the Rituxan. My joints are just as bad and my fever is persistent. So it was inevitable that I’d begin to think about what’s next. My thoughts:

Do I take the second round of Rituxan this week, completing the whole year, risking the long-term infection? Along with the other risks of the infusion? Even though it would postpone my ability to try another treatment if one is approved?

I posed this question to two doctors, Dr. GP and Dr. Tylenol –the rheumatologist we met with last month trying to find a replacement for Dr. Smart. (I am not treated by a rheumatologist in the clinical trial. There are no exams or prescriptions given – only the pregnancy test and Rituxan.) Both doctors gave the same answer.

They both said that I should take the 2nd round of Rituxan, completing the year of treatment even though the drug does not help me, because clinical trials are important to research. I was even told that I should think about what is best for humanity since I “usually want to help others.”

Yes, I do – want to help others. Excuse my being frying-pan blunt, but how could I continue to help others if I succumb to infection? FINALLY, does no one recognize that this unrestrained Rheumatoid disease makes me more disabled all the time? That I continue to do less and need more help as my health is slowly eroded away? I am not sure what percentage of people respond to Rituxan after this long, but that will be how I decide today.

116 thoughts on “Rituxan Decision: Serving Humanity or Taking Care of the Patient (Me)”