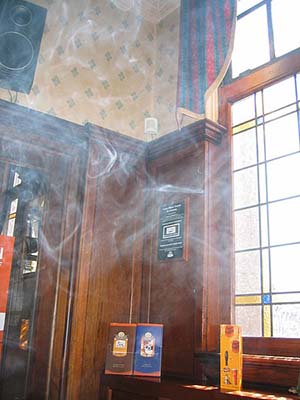 Six take-aways in a short list below! But, first some surprising evidence.

A recent Swedish study of 34,101 women reported “even light cigarette smoking is associated with increased risk of RA in women and that smoking cessation may reduce, though not remove, this risk.”[1] Although they found the risk of developing Rheumatoid Arthritis (RA) decreased over time after smoking cessation, the risk remained significantly higher than for “never smokers.”

How is Rheumatoid Arthritis diagnosis related to smoking?

Smoking has been shown to trigger immunity to citrullinated proteins, a key process in Rheumatoid Disease. For decades, smoking has been considered one risk factor that a person can influence. “The connection of smoking, anti-citrullinated antibodies and RA is unambiguously proven by several studies and reports. Consequently, it is essential to inform patients about the hazardous role of smoking in the development and progression of RA,”[2] Rheumatoid arthritis and smoking: putting the pieces together. Although I’ve seen a lot of dumb articles telling people how to decrease their risk of being diagnosed with RA, it appears that not smoking, and likely quitting smoking, is the only known risk factor people can control.

A study specifically in Americans of African ancestry showed that smoking risk affected both autoantibody-positive disease (Rheumatoid factor or anti-CCP positive) and autoantibody-negative disease[3] although most previous studies have linked smoking to being seropositive. The study, Associations of Cigarette Smoking with Rheumatoid Arthritis in African Americans, contradicted the Swedish results: they found the risk of RA attributable to smoking is limited to heavy smokers. The African American study did agree with previous studies that people with genetic risk (HLA–DRB1 positive) are more susceptible to RA risk from smoking.

It is often said that RA patient-smokers suffer more severe disease and are less responsive to treatment, maybe because they are considered more likely to be seropositive. But, in the large QUEST-RA database (7307 PRD), smokers and non-smokers had similar clinical status. They reported in 2010: “RA patients who had ever smoked were more likely to have RF and nodules, but values for other clinical status measures were similar in all smoking categories (never smoked, current smokers and former smokers).”[4]

How many people with Rheumatoid Disease (PRD) smoke / have smoked?

Coincidentally, when the Swedish RA-smoking study was published, I was reading an article about cardiovascular disease in Rheumatoid and Lupus patients. Smoking, a common risk factor for cardiovascular disease, was discussed: “The frequency of patients with RA or SLE who smoke appears to be comparable with that in the general population.”[5]

The same number of PRD smoke as in the general population? I was surprised. So I dug a little deeper.

About one percent of the population worldwide is affected by RD, and according to the CDC, 19% of Americans smoke. The percentage is lower in people of Hispanic origin and much higher in Native American populations.[6] It varies quite a bit by geographic region and level of education.

But the Rheumatoid Disease process begins long before diagnosis, and past smoking is likely to matter as well as current smoking, as the new Swedish study seems to confirm. So, I explored EVER-smoking rates. In the U.S., 42.5% of people have EVER smoked, according to the CDC. [7] How does that compare with PRD populations?

EVER-smoking rates (the percentage who have ever smoked tobacco)

1) Tobacco smoking is a known trigger to complicated immune processes involved in RD.

2) Even light smoking can increase risk of Rheumatoid Disease.

3) Smoking cessation at any point may improve the health of PRD, but it is not guaranteed to improve clinical status.

4) More research is needed regarding other potential triggers. There is very little evidence of things people can do to avoid RD. Not smoking is the only behavioral advice that can be given.

5) Genetic factors significantly affect risk of RA, and may interact with environmental risks such as smoking. This complicates the interpretation of smoking impact.

6) Serous systemic effects of RD should not be broadly blamed on smoking status since significant percentages of NEVER-smoking PRD are seropositive and suffer from lung or cardiovascular (or other) disease as a result of RD.

PRD receive too much blame for how sick they are, and smoking is a sensitive topic. I have read articles that make the assumption that the lung or heart disease related to Rheumatoid Disease might not attributable to the disease, but is a result of behavior of patients such as smoking, inability to perform regular aerobic exercise, medication use, and improper diet. Such implications are inappropriate; RAW has previously discussed various evidence that the cardiovascular disease of RA is not the same as other CVD, and that traditional approaches to heart disease are not altogether adequate for the CVD of RD.

30 thoughts on “Smoking and Rheumatoid Arthritis: 6 Things You Need to Know”