This week’s post on Rosalind Russell raised some important questions. A comment by Ronda was highly critical of Russell for the way that she hid from the public the severity of her suffering due to Rheumatoid Arthritis. How can we raise awareness if we hide how bad it is? It’s a good question.

Rosalind Russell was so much like most of us that it stunned me and the more I read, the more affinity I felt for her. She was an example of grace and humility, but is she our model for increasing awareness? We discussed what makes us private about RA in a post about Lucille Ball, who hid her disease. I’ve written that I don’t like to tell people about my RA because of experiencing disbelief, ignorance, or ridicule.

Ronda said I’m a better type of RA hero because I tell the truth. I love Ronda, and I want to be fair. Rosalind was a public figure who got RA. I was a girl who got RA and became a public person because of it.

My personal awareness achievements are mixed. I still have difficulty. 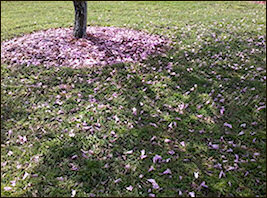 Some don’t want to hear the truth and I don’t force it on them. Everyone I know seems to know someone with mild RA that makes me sound like a liar. I admit I sometimes choose the easy road and get quiet.

In a way, it’s a lie when I put on makeup and a suit and get on an airplane to go to a conference. Usually, I’m writing in sweats lying on my sofa. I don’t do my hair or put on makeup because it hurts too much.

Last week, I had a hard time opening the door to the building and then I stood in the front of the room trying to explain my joints are sick. Did I show them how sick? Definitely not.

I wish someone took a picture of me with my shoes off and my feet up in the front row at the Mayo Ragan conference in Jacksonville. Everyone knew I was the patient at the table by my pillow and the pillbox I raided every four hours, but it was far from obvious how much pain I was in. Yet, there were occasions to disclose more. During an introduction, Susana Shephard (with Mayo Clinic Social Media, Phoenix) found a way to give me a complement without any condescending “But you don’t look sick.” She just said she wouldn’t have noticed my RA at first glance. I got to share with her that I don’t look like that every day. It was a remarkable open door to share more about RA and make a new friend.

Ronda’s warning is good. I have pondered these things before. It is risky.

Sometimes being very open about RA has backfired. One example is our orthodontist. Although he treated three of my children, he refused to create a new nighttime appliance for my teeth since he says he “can’t understand what’s going on” with my health. I ignored raised eyebrows in their office for years as I was very open about my RA. I have this ridiculous urge to win people over when they think I’m crazy. Now, they won’t treat me and they can’t explain why. RA is why.

Disclosure is our necessary evil. But RA is more evil, so we’ll blaze a trail.

There has never been awareness of RA. The medical community does not understand it. Only the people who live with it do.

Someone wrote that Rosalind Russell finally brought awareness to the whole country about the horrible disease, RA. I read that a couple times, but where is the evidence? If it happened, it must have been one bright shining moment. But it didn’t last.

I like to think that we are finishing what Roz started.

At the end of her life, she lobbied and met with officials to advocate for RA research. People said she was frustrated that doctors had so little knowledge of RA. I don’t know how things changed personally for her when she realized that the disease was more than painful – it was destructive. I doubt she had friends with RA to talk with about it like we do.

Why I Disclose about RA, a blog post on WEGO Health

60 thoughts on “The Tug of War of RA Awareness: Privacy of Pain & Agony of Disclosure”