I know you’ll love this guest post from Dana as we see the collision of her experience with the disease, the measurement of disease activity by her rheumatologist, and the decision to change treatments. She conveys so well the process of making decisions about disease management.  This is the whole reason we want to be educated and informed!

With RA, there are a lot of ups and downs. For many people, symptoms wax and wane in a series of flares (increased disease activity) and lulls (decreased disease activity). Personally, I don’t have a lot of ups and downs—or, at least, the ups and downs don’t go too far from my own “baseline” or typical state. However, the past couple months, I have noticed an increase in disease activity in my body: new joints being affected; increased swelling in some joints; increased pain in other joints. I tend to think “oh, it’s not that bad” – but then, I realized I’d have to go in for blood work soon because of an upcoming appointment. 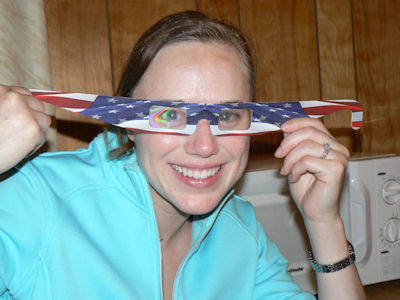 The blood work, among other things, would test the sed rate (or erythrocyte sedimentation rate ESR) which is a marker of inflammation in the body. The test essentially involves putting a blood sample in a tall test tube and measuring how far your red blood cells drop in a one hour period. The greater the inflammation is, the higher the sedimentation rate.

I may sound a little backwards here when I say that I was scared to go in for my lab work because I knew that my sed rate would be high. There are many patients whose symptoms aren’t “revealed” via their blood work and they would love to have a test actually show what they feel. For me, however, the test does not lie. In fact, it sometimes brings more transparency than I would like. I tend to be a little guarded and defensive, still fighting that urge to think that “I’m okay” and “I can do this on my own.” I’m not and I can’t, of course, but I also don’t want to admit that things are getting worse; and, moreover, I don’t want my doctor to think that I need new medicines (that’s what happened last time I got my lab work done on a “bad” day). On the whole, I’m happy with my current treatment; iIt tends to work quite well without any side effects.

I tried to wait for a “good” day to get my blood work done, but with vacation and holidays coming up, I was running out of time, and I wanted to make sure that my doctor had the results before my next appointment. So, I did it. I went in to the lab on Thursday and I assumed I would discuss the results with my doctor at my upcoming appointment early next month. But something unexpected happened. On Friday, less than 24 hours from when I had my blood drawn, the nurse at my rheumatology office called. They never call me. She said they had gotten the results of my blood work (already?!) and that my inflammation was high (surprise, surprise). She sounded concerned and wanted to know if I had been sick or if I was experiencing a flare. My response was something along the lines of, “No, I’m not sick. My symptoms have been a little worse lately…just, you know, my hands and feet…and ankles…and elbows…oh, and knees—yeah, I guess I’ve been flaring lately.” She said the doctor wanted to know if I wanted him to write me a prescription for a 10-day prednisone burst to help with the elevated symptoms. I told her no, but thank you. I wasn’t that bad, and I’d be in to see the doctor very soon anyway.

Then, I wondered just how high my sed rate was – that they actually took the time to call me and make sure I was okay. But wow does that make me hold them in high esteem. They could have just as easily looked at the calendar and said, “Oh, she’s coming in to the office in a few weeks, anyways; we can just talk to her then. I’m sure she can tough it out.” Which, well, that’s the case right now, but what if it wasn’t? What if I really was feeling so badly that I wanted prednisone but was too scared to call and ask for it? The fact that they are concerned on my behalf is why I love my doctor’s office and why I feel like I can really trust my doctor’s opinion. So, when I go in for my appointment, I will be open-minded about his ideas on my treatment plan and how to get me back to feeling better. And, I suppose trust has to work both ways, so I will try my best to be honest and transparent about how I’ve been feeling.

Dana and her rheumatologist did decide to change her treatment. You can follow her story and read lots of good recipes on Dana’s blog, At the Water’s Edge.

23 thoughts on “Trust and Transparency with Disease Activity, Decisions, and Doctors”