Really important stuff that I read last week, while researching pain scales, will not be on the blog today. I’ve been thinking a lot about how differently a disease affects us and whether we can honestly communicate about that. When Dana asked for resolutions at the weekly #HCSM (healthcare communications in social media) chat, I said I want to be more fearless, but I’m afraid to say so. Then something tied that all together today. 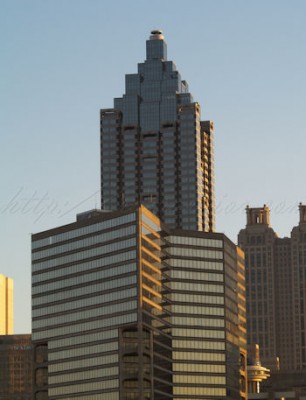 My friend Bob had an EMG today, Tweeting during his test. I’ve heard several people say an EMG doesn’t hurt at all. And I’ve heard several others say it does. Including Bob. After it was over, I Tweeted, “I’ve heard sevrl varying reports of EMG exper. It must depend upon the actual TISSUE BEING TESTED & DX in QUESTION. #StatingObvious.” Of course, the machine or test operator could also make a difference.

About a decade ago, I had an EMG and nerve conduction study. No one hinted that it might hurt, so my expectations were not bad. The doctor insisted on clothes being removed, so I insisted on a nurse being present. It was very painful, but it mostly bothered me that I had not expected to be lying in a paper napkin for an hour in such humiliating pain. And then walk out to my kids in the waiting room and drive home as if nothing happened. That part was as bad as the pain.

In my case anyway, over a dozen needles were inserted from my neck to my hand. That hurt, but I tolerated it. They said that my nerves were sending information to the machine. Then more needles were inserted. This time, they said that they were sending information directly to my nerves and recording the response. Each of the new needles sent a shock (pain) and they recorded my response. As a mother of four at that point, I’d learned to be docile in response to pain (childbirth). I only breathed deeply as tears dripped across my cheeks. But, I had no control over what my nerves said.

Some people say EMG’s don’t even hurt. I looked around on websites after Bob’s test, and there is a difference of opinion. I’ll stand by my previous observation: sometimes they do, so it must depend upon the particular situation. I know – brilliant, right? But at least I assume that it is whatever the patient says it is…

My EMG results were abnormal. I’ve had pain from the cervical spine that travels down my right arm for many years. The EMG shows that my “muscles are denervated,” whatever that means. The doctor had no idea how to use that information to help me in any way. It was the end of the road for him. He said nothing could be done and he had no idea why it was abnormal.

Now that I have a diagnosis and I know about RA inflammation in the cervical spine, I have an explanation for the pain. I even have a solution of sorts, Radio Frequency Ablation.

That reminds me of Bob’s response: “You learn with age. Many things.” I am. I’m learning that certain things hurt some people more than others. That unpleasant experiences are worse when you don’t know what to expect. That even if tests are positive, there might not be a useful answer. That some doctors know more than others.

Postblog: About the un-resolution. I don’t make New Year’s resolutions because every day I resolve to do my best with what God gives me and leave the rest to Him. But I hope I’ll continue to be kinder to others and myself. And be more fearless in speaking the truth.

NOTE: be sure to read Health Central’s post today by Lene! I spent about an hour with her this week. I’ve followed her writing for about 3 years. What a thrill to be interviewed by a friend I’ve known from afar.

24 thoughts on “Tweeting an EMG: Another Way to Research Pain”