Do these two song titles seem to conflict?

The former was one of the first songs I ever put (and kept) on my phone. The latter I learned in second grade because my teacher thought every American must know Spirituals. (Hear Louis Armstrong sing below, and Nobody Knows the Trouble I’ve Seen on YouTube.) 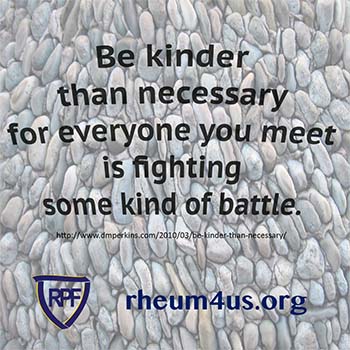 Guys, cover your ears. An older girlfriend once told me that having babies is “just like a bowel movement.” As a young adult, I didn’t exactly believe her, but I hoped it wouldn’t be too bad. A nurse I knew described how each of her five children was born twice as fast as the last. Her first labor was a few hours, but the next was only two. With the last one, she had only a few minutes warning.

I read books during my first pregnancy; I went to classes and did everything I could to learn to have a baby as painlessly and quickly as possible. Finally, I went into labor on a Tuesday. And we did not see my daughter until Thursday morning. My midwife wrote in my medical file that the active part of labor (closely timed, hard contractions) was 29.5 hours. It was nothing like what I thought – and it didn’t really hurt, except that I thought I would die from the pain. My daughter turned breech, aligned her spine with mine, and eventually turned again. Finally, the cervix dilated 4 centimeters in one contraction.

Two things I learned from the experience

Each of my five labors has a unique story. Even I didn’t know what to expect. The 2nd baby was born in six hours. I never called the midwife to come because I wanted to avoid the awful experience of a crowd standing around watching me struggle and suffer. She did come in the nick of time, because she felt a need to check on me, and let herself in the front door.

I saw this tweet by Vicky tonight. She says, “dunno why I Tweeting.” I do. The same reason she says, “I so wish there was another Vicky out there” – She knows nobody knows. And, somewhere inside she hopes in a world where someone will reach out, and try to understand. 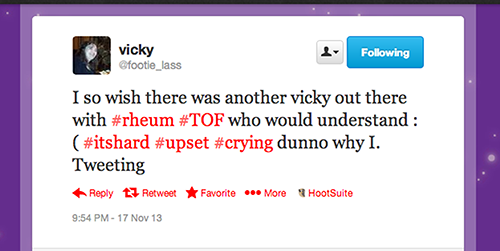 A close friend’s dear husband once saw my knees swollen, and remarked how they must hurt. “Hmm,” I thought, “so this is what it’s like to have sympathy.” Pain and swelling don’t always go together, and I don’t often have very conspicuous swelling. The first couple of years that the Baker’s cysts were swollen, they didn’t hurt. There was just the occasional icepick pain on the front of my knees. Now, the Baker’s cysts ache deeply. They look the same as they did. You’d have to ask me, or you wouldn’t know.

Fortunately, like the midwife who “felt impressed to let herself in” because she said God led her, I’ve met many “friends shaking hands, sayin’, ‘How do you do?’” The next line is “They’re really sayin’, ‘I love you.’” Like my friend’s husband, who can’t walk in my shoes, but is willing to try.

There’s not another Vicky. But there’s a thousand other #rheum mates on Twitter, many saying “How do you do?”

It is a wonderful world. It would not be wonderful for everyone to truly understand Rheumatoid Disease because they’d have to experience it. Instead it’s a world where we can offer compassion even when we don’t know.

I pray that we will be kinder than we think people deserve because we realize that nobody knows what troubles others have, and that caring makes it a more wonderful world.

5 thoughts on “What a Wonderful World, and Nobody Knows the Trouble I’ve Seen”