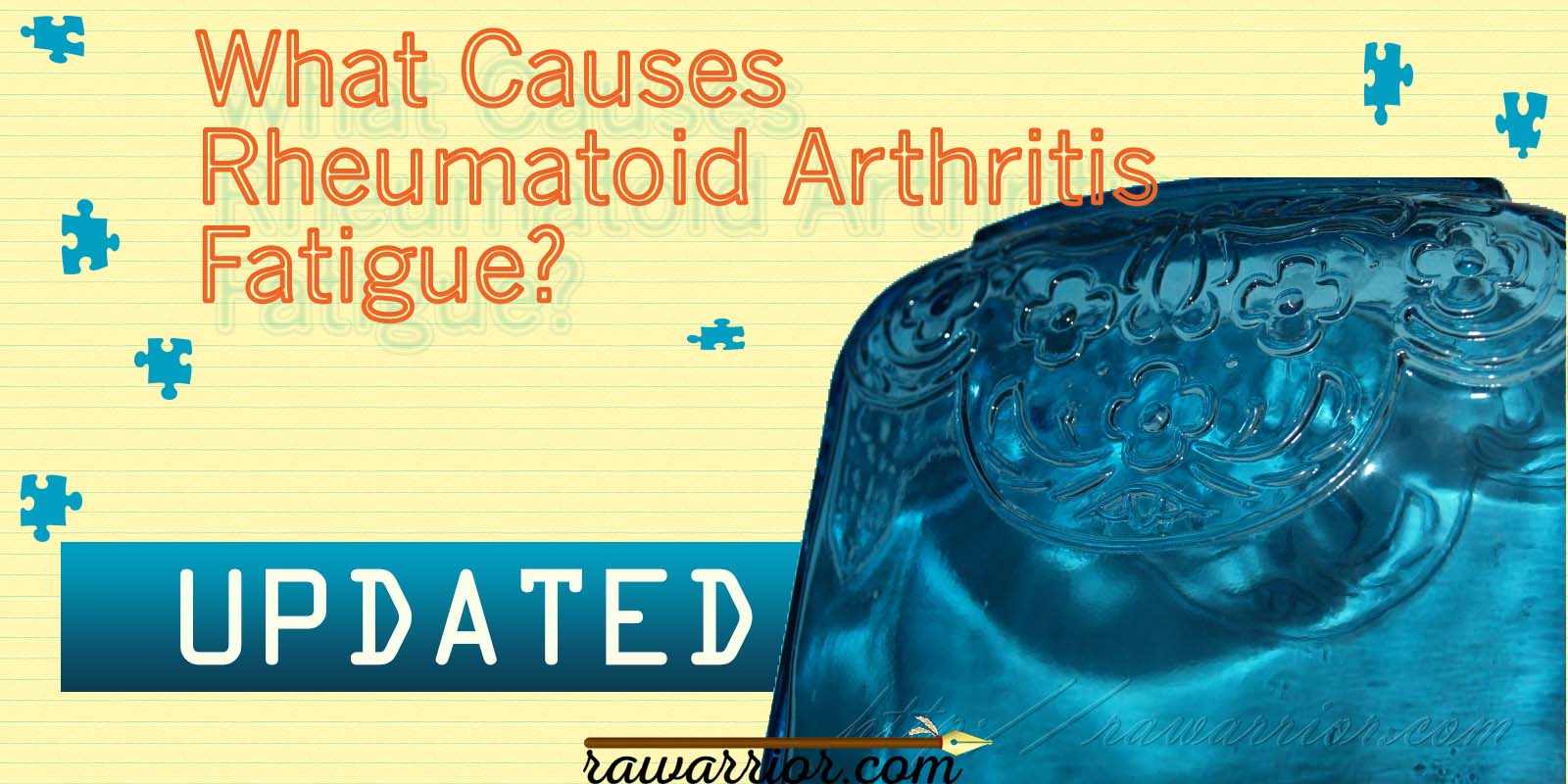 Rheumatoid Arthritis fatigue is a weariness that rest cannot cure. It is tiredness without the benefit of the pleasure of activity. Over 90% of RA patients report fatigue as a symptom. It is counted second only to pain as the greatest difficulty of living with RA. 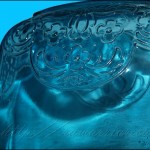 “Unlike normal fatigue, pathological fatigue does not improve with rest. This kind of fatigue is seen in most acute and chronic inflammatory diseases, including arthritis” (Louati and Berenbaum in Arthritis Research & Therapy, below)

Where does this weariness come from? What causes us to feel precisely like Superman with Kryptonite pushed in his face? Does anybody know? 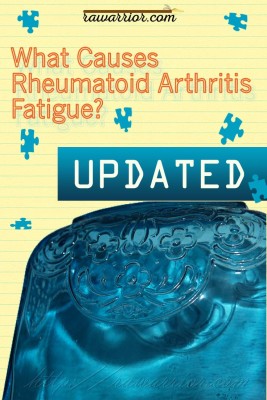 Likely, there are multiple contributing factors. Most suspicious-sounding to me are the cytokines. These are chemicals which some scientists believe cause the fatigue of colds and flu. They are the chemical messengers of the immune system. There are over 150 different kinds of these protein-based molecules.

These chemicals are used by cells as a means of communication. Cells can talk to each other through cytokines, but in people with Rheumatoid Arthritis, excess amounts of them are produced and dumped off into the bloodstream. Some theorize that cytokines cause several RA symptoms, including fatigue, anemia, sleep problems, and skeletal muscle shrinkage (Conquering Rheumatoid Arthritis by Thomas Lee, Ph.D., p.47).

One reason that I’m willing to blame the cytokines is that they are reduced by TNF blocking medications (like Enbrel). And guess what results? Yes, usually fatigue is lessened. This is one of the reasons that fatigue is said by some to mirror disease activity or reflect inflammation levels: when medications slow inflammation, fatigue tends to improve.

The fatigue of Rheumatoid Arthritis is not caused by exertion. However, activity can aggravate it. It sounds like “heads I win; tails you lose.” Rest is critical to surviving life with Rheumatoid Arthritis, but it will not necessarily prevent fatigue.

I have read as many times that depression causes Rheumatoid Arthritis fatigue as I have read that fatigue causes depression. This is not a fair fight. We have to fight the fatigue while we are in a state of chemically-induced tiredness.

And we must fight back depression from an exhausted state. And how could we be anything BUT fatigued when managing such extreme pain levels over an extended time?

Other legitimate theories for explaining the fatigue of RA include anemia and nutritional deficiencies. Red blood cells can be reduced by both the disease and some of its treatments. Similarly, both Rheumatoid Arthritis and many of the medicines prescribed for it tend to curb normal appetite so nutrition may suffer. The impact of diet and nutrition in RA is being studied, including Vitamin D and potassium. 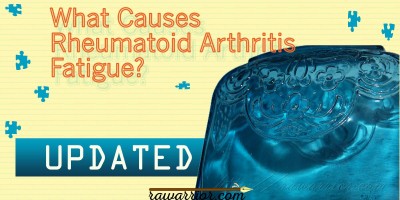 In 2009, I read several abstracts and medical journals to see if anything new was being uncovered about the fatigue of RA. One experiment was done with mice to show how inflammation impacts the brain. Immune cells infiltrate the brain which, according to one reporter, causes the proverbial brain fog. More recent studies, reviewed in Fatigue in chronic inflammation – a link to pain pathways, confirm that inflammatory activity is a likely source of fatigue symptoms in Rheumatoid Arthritis. Specifically, IL-1, IL-6, and TNFα have been studied.

Evidence shows “fatigue is clearly a symptom included in rheumatic diseases: in rheumatoid arthritis (RA), it is an important outcome to evaluate according to OMERACT, and it has been associated with the Disease Activity Score in 28 joints (DAS28) and the Clinical Disease Activity Index.”

I don’t know how the mice are coping, but I’m sure hoping for answers – because I am tired being tired. How did Superman ever solve his Kryptonite problem, by the way? It was blue Kryptonite.