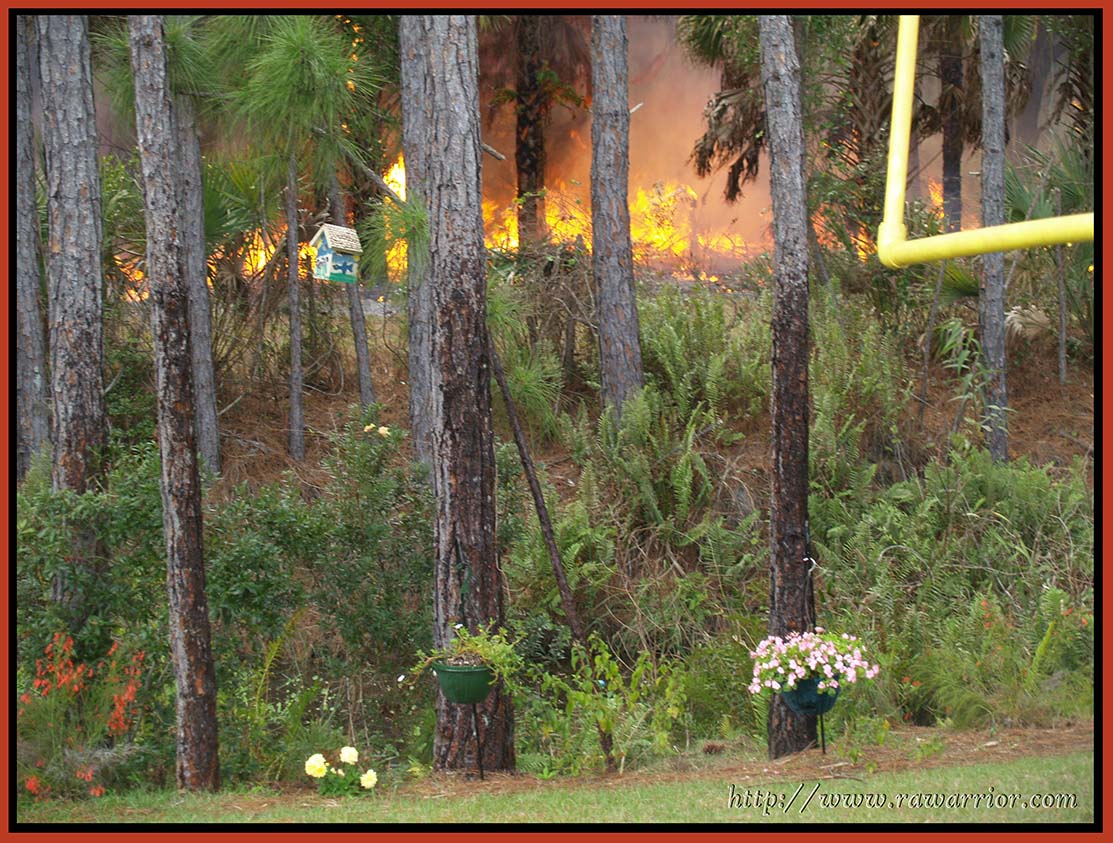 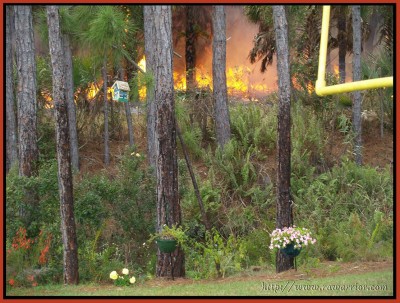 Here in Central Florida, wildfires are a regular problem. Sometimes, it rains down cinders when the fires are miles away. Creepy until you get used to it.

However, I have seen several fires in my own neighborhood that were out of control. One season, we got used to going to sleep with the helicopters a mile behind our house “keeping an eye” on the fire for us. And last year, the fire came right up to my friend’s yard. Green on her side of the fence – black on the other. The firemen flooded the property line to protect her property.

Instead, there is the strategy called “controlled burn.” The forestry service comes in and sets fires on purpose. But they do it for a good reason: they burn up some of the would-be fuel, hoping to prevent an “uncontrolled” flair later. Once, they burned right behind my house. It seemed like the swing set would catch fire.

Yesterday, when I did my shots, I thought how much they are like a controlled burn. My leg undoubtedly feels like it’s on fire. But that’s actually not my point.

It’s just that I’m doing something that appears to be harmful—but for a good reason. It is destructive. At least to the immune cells that die, it is. But, it’s for a good reason. The hope is to prevent an inferno of the Rheumatoid Arthritis through my entire body.

I have to put the methotrexate needle deep into the quad muscle. And sometimes, it rebels. There are spasms and pain for days. This week, I got new spasms on the left leg and the right leg is still injured from last week. (This is all on top of the site reactions from the Enbrel.)

But this is not the real danger. The shots and the side effects are merely a nuisance compared to the dangers of Rheumatoid Arthritis. That is like the wildfire: a menace which is difficult to get under control. And which produces irreparable damage.

Disease modifying medications (DMARDs) are the best thing there is today to put water between you and the RA. They are creepy until you get used to it, but the goal is to keep the green on your side of the fence. It beats the helicopters. They can be really loud.