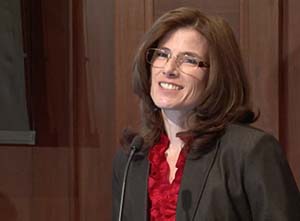 Did you ever forget what you were about to say? Last year when I testified at an FDA advisory hearing, I couldn’t even remember my name. I swear I could feel my heart leaping six inches in front of me. It was unexpected because I’d recited my five-minute speech dozens of times from memory. How else could I fit so many important details into such a short time?

When I finished, I wanted to hide under a rock. On the other hand, I wanted to get back up there and do it right for the disinterested committee. After all the FDA “Arthritis Advisory Committee” only scheduled 20 minutes of the one-hour public comment period. A friend texted me: “You did ok” and “You’re dealing with the Feds. What did you expect?” I still haven’t been able to bring myself to watch that video.

But I have spoken in public several times since then. And made a lot more sense I think.

Last month I spoke at the Institute of Medicine at a workshop “Partnering with Patients to Drive Shared Decisions, Better Value, and Care Improvement.” I was honored to be there – enough to make me more nervous than usual. Murphy made the clicker fail half the time and my voice was awful… But I remembered at least 90 percent of what I wanted to say.

I was asked to talk about what drives patients to get engaged in learning about their conditions and sharing in healthcare decisions. Lots of the topics will be familiar to you. From my concluding slide, patients need and deserve:

You can watch the Q & A here at this link.

Postblog: My friend Leslie was my traveling aide this trip – lucky, happy me. Hopefully, she’ll have a guest post for you with some of the insights she’s gained traveling with me. We spent a day and a half on Capitol Hill again so there’s plenty coming up to discuss about our how we can all make a difference on that front.

15 thoughts on “What Drives Patients to Get Engaged in Healthcare?”