New IL-6 inhibitor brings ACR 50 to half of patients

Would you believe I just realized why the Biologics’ names end in “mab”? It is short for monoclonal antibody. Must be those blonde highlights.

A new monoclonal antibody referred to as ALD518 was tested on one hundred twenty-seven patients who took part in a Phase 2 clinical trial that is hitting the news now. According to Xconomy reporter Luke Timmerman yesterday, early reports of the new IL-6 blocker show the experimental Rheumatoid Arthritis drug brought at least a 50 percent improvement to half of the patients in the study.

“Patients with rheumatoid arthritis took methotrexate, and were randomly assigned to get either a placebo or a low, medium, or high dose of ALD518 given intravenously every eight weeks. Patients were followed for 16 weeks…. Doctors who specialize in this condition generally want to see how many patients on a drug can see at least a 50 percent improvement in the signs and symptoms of their disease. That’s called an ACR50 score, for a standard composite measurement used by the American College of Rheumatology.” 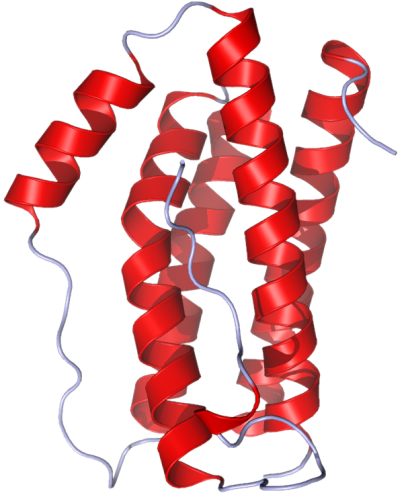 If you are wondering, “IL-6 inhibitor? Haven’t I heard that somewhere before?” You’re right. In January, Actemra was approved in the US as an IL-6 receptor inhibitor to treat Rheumatoid Arthritis. Interleukin-6 or IL-6 is one of the inflammatory cytokines that causes destruction of tissue and symptoms such as fatigue, weight loss, and muscle loss. Inhibiting IL-6 is done by competitively blocking its receptor. We did also recently compare ACR responses of various Biologics here on the blog. You may want to check those posts to see how they specifically measure up to ALD518.

At week 16 of treating Rheumatoid Arthritis with ALD518 at the highest dose (320mg), 50 percent of patients reached ACR50. Many of them (43 percent of the total) reached ACR70. Placebo results were 15 percent and 6 percent. More details of the trial will be presented next month at the European League Against Rheumatism (EULAR) conference.

Before the phase 2 trial began, Timmerman interviewed Randy Schatzman, CEO of Alder Biopharmaceuticals. “Alder has engineered the drug, called ALD518, to block the same IL-6 molecules, but with a number of advantages over Actemra, Schatzman says. The Alder drug can last longer in the bloodstream, so it can be injected less frequently, possibly as little as three or four times a year instead of once a month, he says. It is made to be given intravenously or in a straightforward injection under the skin, while Actemra is IV only.” Timmerman also explains that ALD518 is “designed to snip off a carbohydrate chain that hangs off the genetically engineered antibody” and they hope that will eliminate a rare, but dangerous allergic reaction to infusions.

The method for doing that uses yeast cells to produce the drug instead of the hamster ovary cells. The yeast provides a better imitation of the human environment. As a bonus, yeast is cheaper and divides much faster than hamster cells. It is possible that ALD518 could be made much more cheaply than existing Biologics.

I’m usually partial to yeast – at least in bread or beer.

Abstract from Phase 2 trials for ALD518.